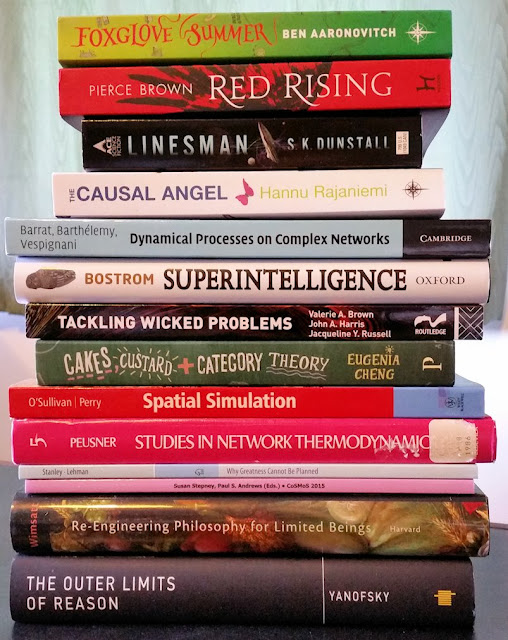 Some of these are recommendations from sites I surf; some are birthday presents.
at 22:30 No comments:

which one is endangered?

Labels: cat, nature, politics
There are about 200,000 dentists in the USA

Labels: politics, science fiction
I’ve just spent $40 for a supporting membership of Sasquan, the 2015 WorldCon, so that I can vote in this year’s Hugo awards. For it is the case that “A political act needs to be met with a political response.”

Labels: architecture, birds, Castle Howard, conference, garden, stately home
We are running the European Conference on Artificial Life (ECAL 2015) in York this week. It’s quite hectic, and great fun.  This afternoon was the conference trip, to Castle Howard.  I’ve been there before, and adore the grounds.

This time, there was a stately greeting.

The house is splendid.

But once again, it was the grounds I enjoyed best.  I concentrated on the walled garden.

One of the delegates excitedly pointed me towards the blue: a whole sub-garden of delphiniums.  Believe it or not, these photographs do not capture the sheer intensity of the blue (and it wasn’t even sunny!) 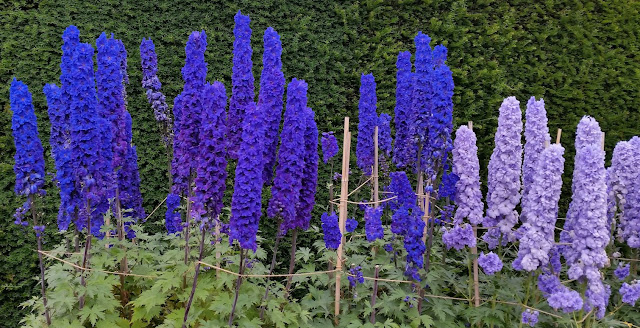 Deep blue was not the only option. 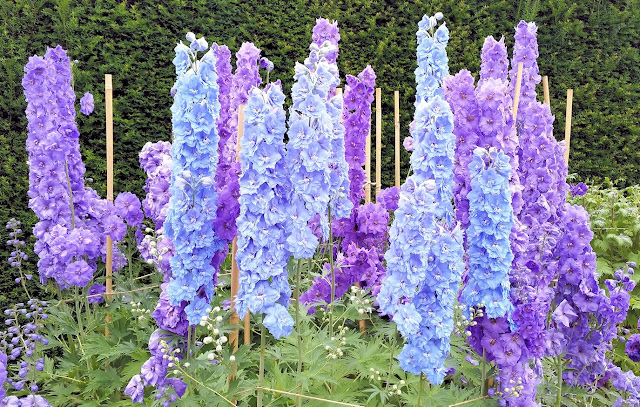 There was a glorious pergola smothered in honeysuckle.  Some varieties had almost chocolate coloured flower buds. 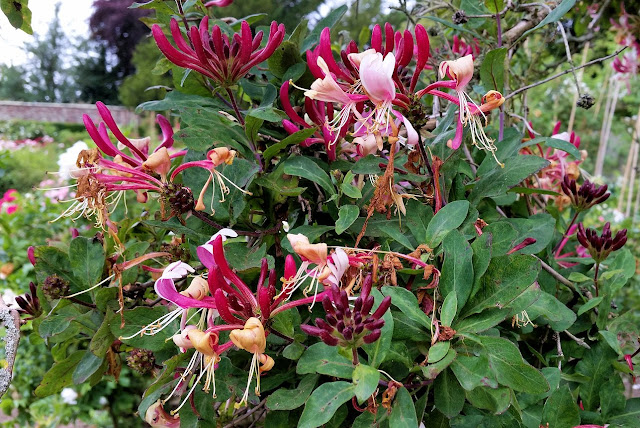 The avenue to the walled garden allowed glimpses of the fountain.

So, after a lovely walk around the grounds, and some loitering to check all the delegates had got back on the coaches, it was goodbye to Castle Howard.


When your type size is small enough to be affected by quantum mechanics, you probably have too much information in your chart.﻿

how to write a review

The ending of this animation is just spectacular!

See all of the New Horizon’s image gallery.

All these worlds are yours -- except Europa

but all these worlds are not planets :-( 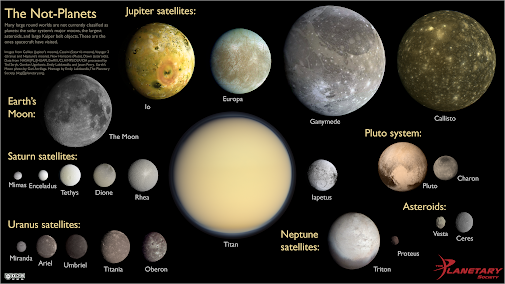 
a view of Pluto and Charon as they would appear if placed slightly above Earth’s surface and viewed from a great distance.﻿ 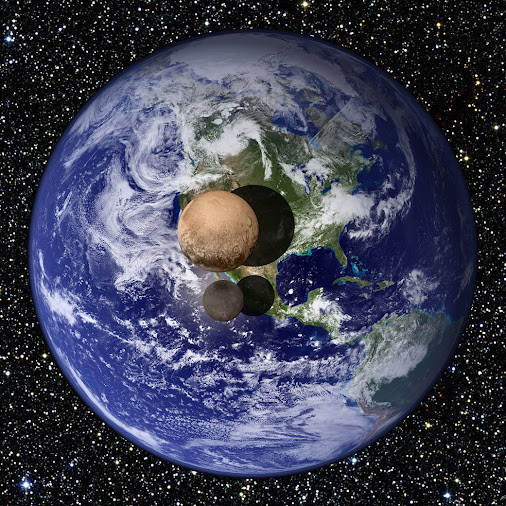 Is it just me, or does this image of Pluto look like it’s been through Google’s Deep Dream system?﻿

Labels: books, conference, history, publishing, research
The proceedings for our CoSMoS workshop next week have arrived!

The cover is a little … pinker … than I was expecting.  ﻿ 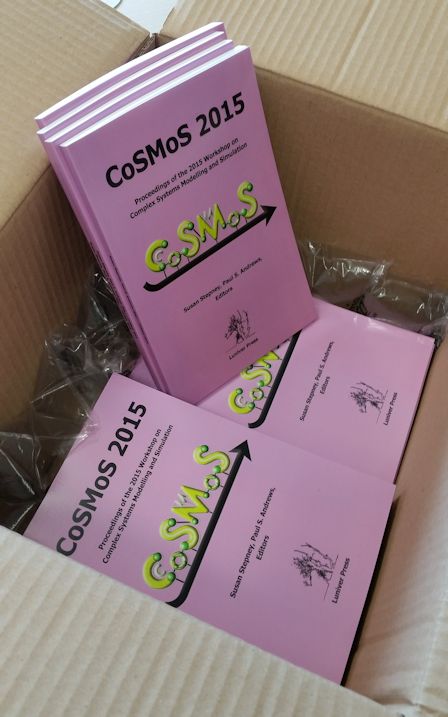 That makes 8 years of CoSMoS workshops.﻿ 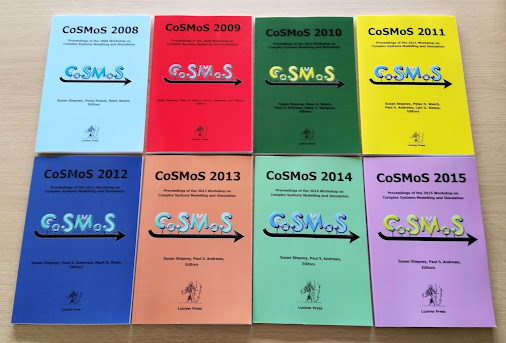 the power of the hash tag﻿


For all my social networking posts, see my Google+ page
at 22:00 No comments:

time travel after all?

Labels: computer, publishing, science
A few years ago I read “The Universe is not a Computer”, an interesting paper by Ken Wharton.  The part of his argument that I took away was: (i) physical systems can be described either in terms of their initial conditions, and then their behaviours projected into the future, or they can be described in more global terms, with boundary conditions at different times, and their behaviour calculated under these constraints; (ii) computation is essentially of this initial condition form: we say what the system is like now, and compute its behaviour over time.

He was arguing that we are privileging the initial condition form of our physical theories, because of the fit with the restricted computational approach, and this is what is making quantum mechanics difficult, as it doesn’t readily fit this formulation.  (Read his full paper for the full argument; it is very readable.)

I found this an intriguing idea, but felt it was lacking in its computational approach.  That’s a very classical model of computation, and I’m interested in more unconventional models, including using physical systems to compute directly (which raises questions of its own).  So about a year ago, when I was invited to write a paper for a special issue of a journal, I decided to write one arguing that maybe unconventional computation didn’t need these restrictions either.

Meanwhile, way back last millennium, I read David Deutsch’s lovely book The Fabric of Reality.  There is much to enjoy there, but the piece relevant here is the way he takes universal computing seriously: that is, he works through the consequences of it really being universal.  One of those consequences he unwrapped was to use Turing’s classical model of computation to infer that time travel is impossible: because there is no way to build a “universal virtual reality renderer” to model a consistent physical reality containing time travel, that is, to compute time travel, then physics can’t implement time travel. (I think that’s the gist of the argument, but it is a decade and a half since I read it.)

I think we can.  This doesn’t prove time travel exists, of course.  It merely says the classical computing argument against it doesn’t hold.  Maybe we can’t prove it one way or the other.  Maybe it’s the case that if time travel is possible, then we can use a time travelling computer to build a virtual reality with consistent time travel; and if it isn’t, then we can’t.  The answer lies in the physics.  But the door is still open.
at 15:42 No comments:

The flash forwards show how morally compromised Kiera really was as a future cop, and now she is beginning to realise that. By the end of the season it is clear that there is no way for Kiera to return home: the future has been changed, and she no longer wants that specific future, anyway. So what comes next? Well, it looks as if the Time Guardians are about to up their game…

For all my SF TV reviews, see my main website. Coincidentally, I’m currently reading Plato at the Googleplex.  That will put me in good stead for reading The Just City.
at 16:44 No comments:

So, when I get a spam call, I’ve taken to saying “may I speak to your supervisor, please?” as a variant on “have you heard of the Telephone Preference Service?”, as that was getting boring.  This new question usually leads to them hanging up straight away, but today I got a different response, so I need to extend my script.

So I need to start scripting from “no you cannot”.  I’m thinking of “why ever not?”, to see what happens next.  Or is there a better response?

It’s more fun playing this as an adventure game (for a while, at least), mapping out a route through to … wherever next?
at 18:41 2 comments:

Labels: computer, gotcha, security, telephone, web
Note to self: two-factor authentication where your landline drops your internet connection, and then the web page times out before the connection re-establishes, is not useful.  (And no, I couldn’t change the contact number to my mobile, because to do that I needed to two-factor authenticate myself…)﻿ 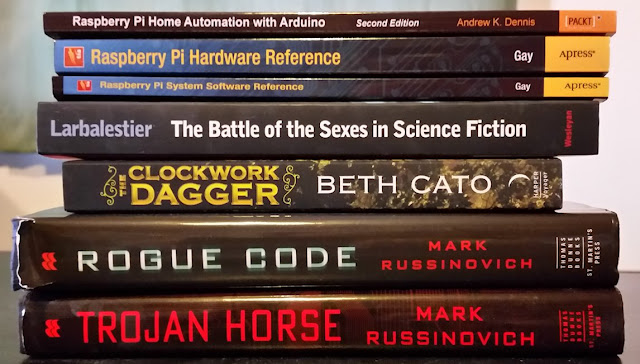 I got my other half a Raspberry Pi for his birthday, so, of course, we then had to get several books about it.  (I have building a supercomputer out of Raspberry Pis on my to do list, but then, doesn’t everybody?)

I got the Larbalestier after reading James Nicholl’s review, and the Cato after reading Scalzi’s Big Idea post.  Reading blogs can be expensive.

Labels: rainfall, solar power, weather
You might expect the amount of solar power we generate to increase over April, May, June (we are in the northern hemisphere).  That happened last year.  This year was a bit different.

The average power generated decreased month on month!  (Although, to be fair, the difference isn't very significant.)  Yes despite June having a lower average this year, it also had the sunniest day so far.

This average reduction wasn’t due to rain: May and June 2015 were the driest since (our) records began:

Ironically, as I sit writing this post, it is raining quite heavily…
at 10:44 No comments:


A pollen-gilded bat emerging from a flower of the blue mahoe tree demonstrates the carrying capacity of fur. This bat lives in eastern Cuba in a colony more than one million strong

how does your garden grow?

Labels: chair, garden, growth, nature
This is so beautiful, and a great idea.  I want one!

Labels: weather
The end of a hot July day.

Tomorrow is supposed to be cooler.
at 23:30 No comments: