Labels: Cambridge, computer, research
I'm in Cambridge, attending the two day Novel Computational Paradigms workshop at the Isaac Newton Institute.  Yesterday I learned about using magnonics in computational devices, about different kinds of DNA computing, and about some unconventional computational architectures.  Today I'm off to talks about industry's computational problems, and discussions sessions.  All very interesting.

And all set off by a glorious view of a frosty autumn morning: 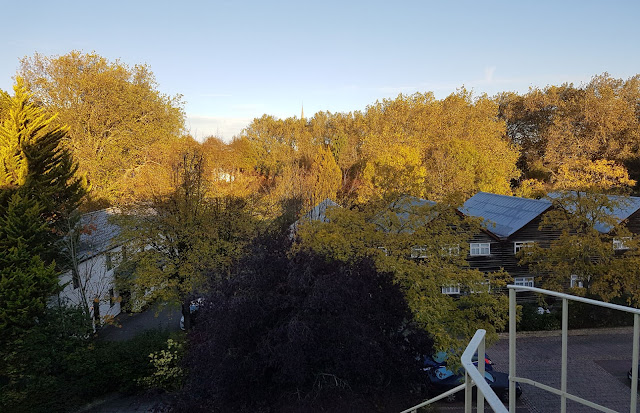 Sabine Hossenfelder.
Lost in Math: how beauty leads physics astray.
Basic Books. 2018
I have been reading Sabine Hossenfelder’s Backreaction blog for a while now, enjoying her “take no prisoners” style of explaining physics: clear and insightful on the science, blunt about the process. One of the things she is particularly blunt about is the lack of progress in fundamental particle physics, with its plethora of predictions over the last decades, accompanied by a paucity of experimental verification. So I was excited to hear she was writing a book about this aspect. And what a great book it is, both from a physics and a process perspective.

Particle physics has gone nowhere in the last 40-odd years. The Standard Model of the 1970s is still the best available, despite having known shortcomings. The most recent prediction to have been experimentally verified (the existence of the top and bottom quarks) is from 1973. (The Higgs boson was proposed in the previous decade.) Since the 1970s, experimental results have succeeded only in disconfirming attempts to improve on the Standard Model. Why this stunning lack of progress?

Hossenfelder, herself an accomplished theoretical physicist, argues it is because physicists are beguiled by the idea of (mathematical) “beauty”, and are being led astray in their work. Rather than being steered by real-world data, they are following beautiful theories, such as string theory, down mathematical rabbit holes, further and further from experimental checks, ending up in the bizarre place of having to redefine science itself to allow for the absence of even the possibility of experimental validation. The book weaves clear explanations of the problem with snippets of interviews with several of the physicists involved.

Her argument has two main components. Firstly, theoretical beauty is not a reliable guide. There are past examples of a beautiful theory having to give way to a less beautiful one when confronted with disconfirming experimental data. And many times the “beauty” of a theory becomes appreciated, or possibly learned, only after the theory has been accepted and established. Secondly, physics absolutely has to be grounded in experimental validation. Mathematics is the language used to express the theories, and like any language, you can say many different things in it. The only way to discover which, if any, of these is right, is to look to the real world.

This is a great book that will win Hossenfelder few friends in the subject. It cuts deep to the heart of the problem, in a very accessible manner, and exposes the groupthink lying at the heart of today’s fundamental physics. 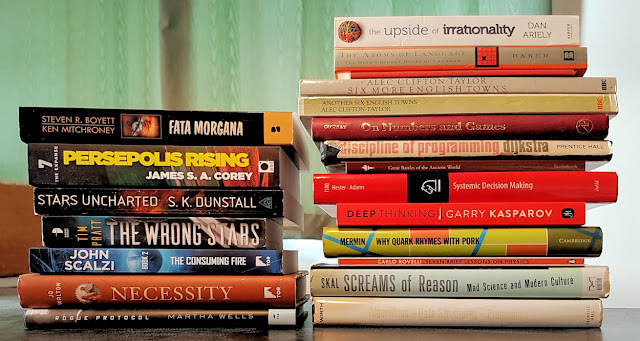 Labels: algorithm, computer, publishing, research
We are investigating using evolutionary algorithms to evolve graph structures directly, and are getting some rather nice results.

One thing that’s made a lot easier by using an explicit graph representation is encoding domain knowledge about “semantics preserving mutations”.  This allows domain specific neutral mutations to be added easily.  Since neutral mutations are supposed to help evolution, this should be good?  And yes, it is!

Our latest paper, just up on the arXiv, shows how including certain propositional logic tautologies, such as de Morgan’s laws, as neutral mutations, makes for imporved performance when evolving benchmark circuits.

We introduce the concept of Semantic Neutral Drift (SND) for evolutionary algorithms, where we exploit equivalence laws to design semantics preserving mutations guaranteed to preserve individuals’ fitness scores. A number of digital circuit benchmark problems have been implemented with rule-based graph programs and empirically evaluated, demonstrating quantitative improvements in evolutionary performance. Analysis reveals that the benefits of the designed SND reside in more complex processes than simple growth of individuals, and that there are circumstances where it is beneficial to choose otherwise detrimental parameters for an evolutionary algorithm if that facilitates the inclusion of SND.

can I make this blob of goo compute?

Labels: computer, publishing, research, science
Unconventional Computing manages to make the weirdest materials compute to a greater or lesser degree: slime moulds, chemicals, black holes, gold nanoparticles, swarms of crabs, carbon nanotubes.  But if I’m given a blob of goo, can I work out how well it can compute?

That’s what our latest paper, just up on the arXiv, sets out to do: it provides a framework for evaluating how well some arbitrary substrate can be configured to be a Reservoir Computer:

The Reservoir Computing (RC) framework states that any non-linear, input-driven dynamical system (the reservoir) exhibiting properties such as a fading memory and input separability can be trained to perform computational tasks. This broad inclusion of systems has led to many new physical substrates for RC. Properties essential for reservoirs to compute are tuned through reconfiguration of the substrate, such as change in virtual topology or physical morphology. As a result, each substrate possesses a unique “quality” – obtained through reconfiguration – to realise different reservoirs for different tasks.

Here we describe an experimental framework that can be used to characterise the quality of any substrate for RC. Our framework reveals that a definition of quality is not only useful to compare substrates, but can also help map the non-trivial relationship between properties and task performance. And through quality, we may even be able to predict the performance of similarly behaved substrates. Applying the framework, we can explain why a previously investigated carbon nanotube/polymer composite performs modestly on tasks, due to a poor quality. In the wider context, the framework offers a greater understanding to what makes a dynamical system compute, helping improve the design of future substrates for RC.

Andy Weir.
Artemis.
Del Rey. 2017
The moon has a small town, Artemis, population 2000. Most of the inhabitants are either super-wealthy, or the ordinary blue-collar people keeping the town running, and working as tourist guides. Some are criminals. Jazz is a bit of both: a legitimate porter, and a smuggler to keep the wolf from the door. But she’s making no headway in saving to pay off a big debt, so when one of her super-wealthy smuggling customers offers her what looks like a great deal for some sabotage, she decides to take it. But the job doesn’t go as planned, and soon Jazz is on the run, and the worst is, she doesn’t even know who’s after her! She will need all her moon-smarts just to survive, let alone win out.

The book superficially has a YA vibe, but Jazz is not a teenager, she’s in her mid-20s. So occasionally the story and the vibe clash somewhat. However, this is an interestingly-drawn world, both the politics of Artemis, and its Earth-based back story. I enjoyed the grunge-tech feel to life on the moon (although I’m sure there are holes in the engineering, and in the chemistry). And I particularly appreciated how the ending panned out.

Charles Stross.
The Nightmare Stacks.
Orbit. 2016
Alex Schwartz, recently a highly paid bank employee, currently working for the Laundry on a much reduced civil service salary, and a reluctant vampire to boot, has been posted to Leeds to help set up a secondary HQ. Or at least, that’s why he thinks he’s there. Higher powers have sent him there for a rather different reason.

Cassie was a student, until she got her brain sucked out and replaced by the consciousness of the head spy of an invading Elven army. Alex has to save the world from Cassie’s warlord father. But all he thinks he has to do is convince his parents that Cassie is his new girlfriend. Good luck with that.

We first met Alex in The Rhesus Chart, where Bob Howard helped flush out the vampires. He’s now a Laundry employee (it was either that, or something more terminal), and we get to see how he is faring as the new boy.

Each of the books in the series has a schitck: here it’s elves. Usually in fantasy we get to see an army casually plough through the peasantry in the countryside before the big showdown. Here we get to see them plough through the ordinary people in the suburbs of Leeds: it cleverly demonstrates how utterly horrifying those fantasy battles should be, but somehow never are.

Although there are still the absurdities, of the clash of dark horrors and government bureaucracy, and we care about the various characters, the series is definitely getting darker, as it inexorably moves towards the End of Days.

no longer an anti-social networker...

Labels: web
Farewell Google+.  Your interface was always clunky and annoying, but you had an interesting set of users.

For my 3.5 followers, you can still watch my eccentricities at my blog site (where I was always “archiving” my G+ posts anyway, in preparation for this day…)


For all my social networking posts, see my Google+ page
at 11:01 No comments:

Labels: Doctor Who, TV
O brave new world, That has such people in ’t! 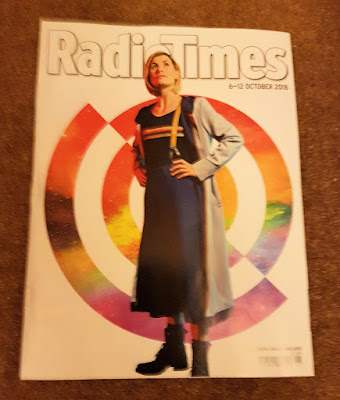 No, it’s not The Incentives—it’s you

... a good reason why you should avoid hanging bad behavior on The Incentives is that you’re a scientist, and trying to get closer to the truth, and not just to tenure, is in your fucking job description. Taxpayers don’t fund you because they care about your career; they fund you to learn shit, cure shit, and build shit. If you can’t do your job without having to regularly excuse sloppiness on the grounds that you have no incentive to be less sloppy, at least have the decency not to say that out loud in a crowded room or Twitter feed full of people who indirectly pay your salary. Complaining that you would surely do the right thing if only these terrible Incentives didn’t exist doesn’t make you the noble martyr you think it does; to almost anybody outside your field who has a modicum of integrity, it just makes you sound like you’re looking for an easy out. It’s not sophisticated or worldly or politically astute, it’s just dishonest and lazy. If you find yourself unable to do your job without regularly engaging in practices that clearly devalue the very science you claim to care about, and this doesn’t bother you deeply, then maybe the problem is not actually The Incentives—or at least, not The Incentives alone. Maybe the problem is You. 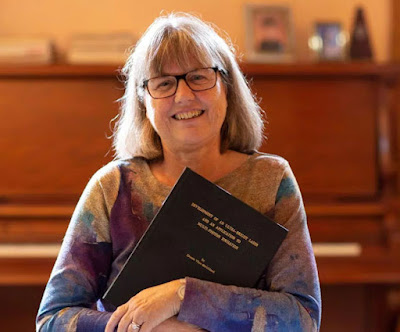