Labels: food, music
Lots of things banging around in my head: a conversation with a friend about the diets of cats and dogs; reading a book that mentions the niche dung beetles fill; eating something new and delicious for lunch; wondering if there are any aliens for whom food is not an aesthetic experience. All this came together, helped by jet-lag, as the thought: obligate coprovore.

And more fun – I googled coprovore to check the spelling.  It asked “Did you mean: necrovore”  First thought: “ugh”. Second thought: “err, yes, of course I am”.  So I clicked to find out more – it’s a black/death metal band.﻿

Labels: Auckland, conference, New Zealand
I’ve just arrived in Auckland, New Zealand, ready for the conference on Unconventional Computation and Natural Computation that starts tomorrow. It’s my first time in NZ, but it feels like home: the cars drive on the left, and it’s cool and raining (although I do have to keep reminding myself this is winter). One thing not like home: our luggage was X-rayed before we could take it away from the airport, to check we weren’t bringing in any food or critters.﻿


For all my social networking posts, see my Google+ page
at 07:00 No comments:

Labels: Los Angeles, space flight, USA
On the way to my conference/holiday in New Zealand, I stopped off for a day in Los Angeles, to meet up with a colleague.  We spent the morning talking about emergence and entropy, then had the afternoon free.  I vetoed the suggested trip to the beach: the temperature was in the mid 30s.  Instead, we went to see the shuttle.

Endeavour is currently on display in a shed not much bigger than itself plus some merchandising racks, which makes it hard to get good photos.  But you can get up very close. What this brought home to me is just how small the shuttle is; yet this thing went into space, multiple times.

I was also amused at overhearing other tourists gasping “Isn’t it big!”.  They’ve clearly forgotten how big a real space ship is.  After all, the shuttle is smaller than a 747.

It’s name has the English spelling, rather than the American spelling, since it’s named after Captain Cook’s ship the HMS Endeavour.

Packing to go away for three weeks.
Throw some clothes in the suitcase.
Carefully check I have all the right chargers and cables.
Spend the bulk of the time choosing which, and how many, books to take… 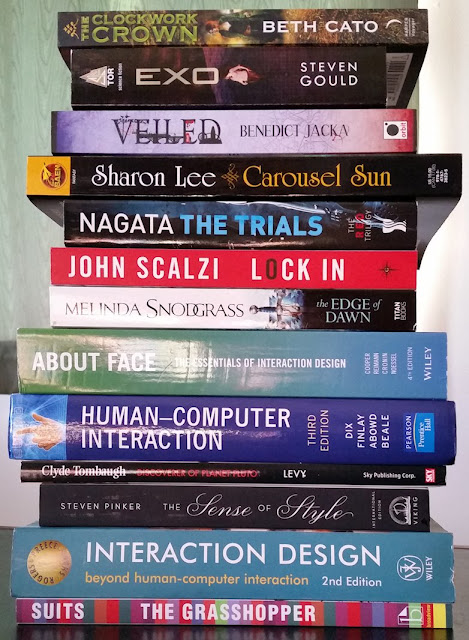 Hmm.  Six out of seven of the SF/F are sequels or parts of series.  The seventh (Lock In) has a sequel scheduled, so it will be the first in its series.

There are three books on HCI/Interaction Design, as I need to find out about it for something coming up next year.  Three books staring at me from a shelf should provide sufficient osmotic pressure, surely?

Labels: computer, security, web
I’ve just registered with a new grant management system.  They wanted a password, obviously, and clearly wanted a strong one, because they required a minimum length, and a mix of characters from different classes.  They went one further, and also wanted an answer to a memorable questions.  So far, so good.  (Well, apart from one of the options being mother’s maiden name.  Not exactly secret in this day and age.  But I use a password manager, so I can easily provide a random answer without worrying about losing it.)

They emailed me confirmation of my registration.

The email contained my login id.  And my password, in the clear.

[while looking for an interesting and relevant link to add in here, I found this beautiful page.]
For all my social networking posts, see my Google+ page
at 22:30 No comments:


a virus inside a parasite inside a fly

For all my social networking posts, see my Google+ page
at 11:12 No comments:


an experimental dreamlike video rocking us smoothly through circular moves

The Colors of Feelings from Thomas Blanchard on Vimeo.


I don’t find it particularly dreamlike or smooth: the cuts are way too frequent.  Just as I’m falling into the swirls … bam! another cut.

But fascinating and beautiful, nonetheless

Here’s an interesting argument about why we shouldn’t worry about the planetary status of Pluto.


Is Pluto a planet or a dwarf? Such labels matter less and less

Seeing Pluto up close reminds us that the universe, like life on Earth, is a continuum. It was easy to draw dividing lines when we didn’t know much.﻿

so how does averaging work?

Labels: algorithm, pedantry, weather
Looking at BBC Weather forecast on my phone, I see it’s predicted to be nice and sunny this coming Wednesday: 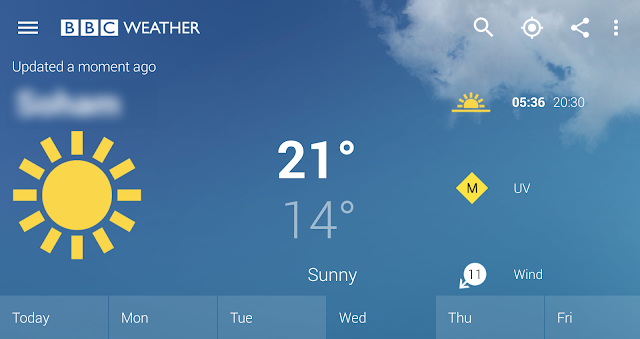 When, though?  Mostly morning or afternoon, or maybe all day?  So I go to the detailed view: 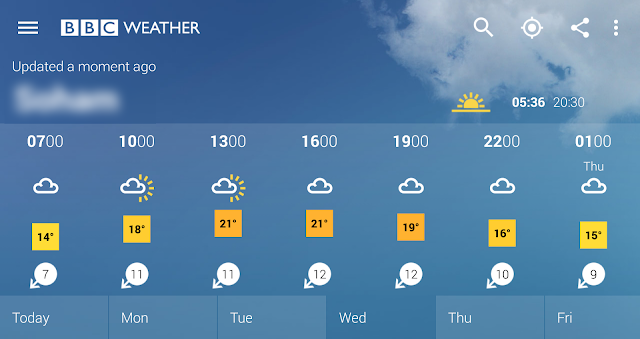 Hmm.  I wonder what algorithm mangages to average this pattern of “light cloud” and “sunny intervals” to “sunny”?  Even not including the nighttime values, this seems a little optimistic.
at 11:38 No comments:

a surfeit of caterpillars

Labels: butterfly, garden, growth
Butterflies and nettles go together.  We certainly have the nettles, and now an indication there may be many (Small Tortoishell?) butterflies on the way. 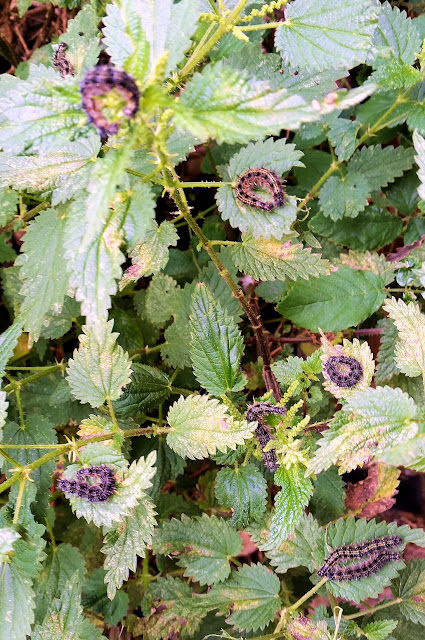 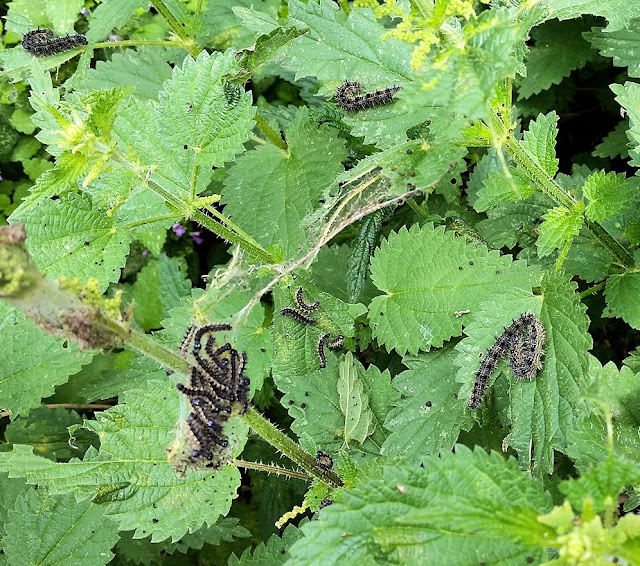 Labels: fractals, gotcha, politics
It’s enclaves all the way down! someone who lived in an enclave would need a visa to enter the foreign country that surrounded the enclave. However, the only way to get that visa was to travel to a major city in the main body of their country, something that was impossible without illegally entering the foreign country.

Labels: computer, history, money
Many years ago I read an article which said that if your lifestyle was complicated enough to need a computer program to keep track of your money, you needed a simpler lifestyle.

Back in the day, I had a simpler lifestyle: a bank account for day to day things, and a building society account to save for a rainy day, and I reconciled my cheque book by hand.

But then the cheque guarantee card became an ATM card, and then a debit card, so my bank transactions were no longer all stored in my cheque book. 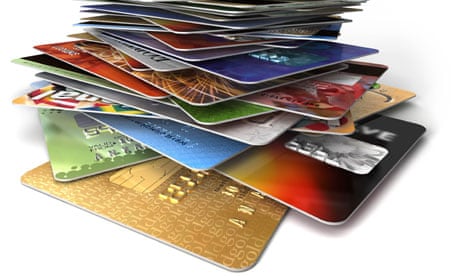 And then along came credit cards.  Multiple credit cards: I have one for everyday purchases, one with a very small credit limit for internet purchases, and one for things I claim back through work.

And then there multiple building society accounts: for rainy days, and high interest for long term savings.

So in 1993 I bought a computer program (back then, there were no such things as "apps"): Quicken.  I’ve been using it happily since then.  For the first few years, I upgraded to get better functionality.  But Quicken 2000 met all my financial needs; financial life complications increased, but didn’t outstrip its capabilities, so I ceased upgrading 15 years ago.

But I was still upgrading my hardware and operating system.  And early in 2013 I got a new machine, with Windows 7.  Quicken 2000 no longer worked.  I had a look at upgrading, but it seemed that support for the UK had been dropped several years earlier.  So instead, I installed an XP VM, and used the old Quicken on that.  (Smalltalk/V also stopped working; I rewrote my website book review page generator in Python; I had no desire to write my own financial system though.)

But it’s been a pain having to boot the VM just for this one program.  And now my 100GB solid state C drive is nearly full, with a major disc hog being the VM.


So I decided the time had come to move on.  I did a bit of searching around, and came across AceMoney, self-advertised as the best Quicken or Microsoft Money alternative financial software you can find.  It looked like it had the features I wanted, it was cheap ($40, or free for the lite version that allows only two accounts, but if I had only two accounts, I wouldn’t need a program), and it was available for a 30 day free trial.

So I downloaded it, and played with it for a while.  It does seem to do everything I want, in a manner similar to Quicken, and has a nice clean user interface, and sensible options,  I had some issues importing the old Quicken stuff, until I realised that Quicken had exported its dates in mm/dd/yy format (who on earth would use such a silly date format...), and also that AceMoney had some import rules that were mangling a few payee names.  One minor annoyance is that AceMoney doesn’t support dates before 1971: I have a few premium bonds from before that date.  I realise the AceMoney programmers are probably young enough not to realise that there are dates before 1971, but still.


Standing orders, direct debits, and other regular payments can be entered on the Schedule page, and can be marked for auto-payment, or hand scheduled.  I like the way it includes these as future bills in grey on the relevant Account pages, giving a peek at what’s to come.

The Payees and Categories are editable, allowing unused dross to be removed, and mis-spellings to be corrected easily.

I haven’t used the Portfolio facilities: that happens elsewhere.

So, after playing around with it for a while, I decided that it is indeed a suitably good Quicken alternative; I shelled out $40, input the resulting authorisation code into AceMoney, then added the $40 purchase amount to my Internet credit card account.

And now I don’t need the XP VM any more.

Maybe in another 22 years I’ll move on to another money app.  I’m no stick-in-the-mud!