There’s been a lot said about this gender-flipped remake of the 1984 original, ranging from it’s the best thing ever made!, to this desecration has ruined my entire childhood! So, what is the fuss about? Well, the truth, of course, is somewhere in between. But where in between, precisely?

First, I have a confession to make. I was never a big fan of the original. Its style of slap-stick and frat-boy humour grates a little with me. Yet it has its inspired moments. And in this way, I can say that the remake, which follows a similar plot, in a similar style, pretty much hits the same mark for me. The best bits are from Jillian the mad engineer, and the ever more outlandish devices she designs and builds.

There are some nice hat-tips to the earlier version, such as the genesis of the logo, or when the team is looking for a base, and pass up a certain fire station, because of its exorbitant rent. And there are a couple of lovely cameos, one from Bill Murray as a sceptical critic of the team, and one from Sigourney Weaver, as an engineering mentor. These scenes show a degree of engagement with the original.

And what about the gender-flipping? Well, frankly, if this hadn’t been a remake, I don’t think anyone would have thought anything strange about these roles. Except possibly for the pathetic way Erin lusts after the himbo secretary. Of course, a man drooling this way over a bimbo secretary wouldn’t raise an eyebrow (except that this was some of the humour that grated the first time round). Which maybe would be the point, if this version weren’t supposed to be funny, too.

So, neither wonderful, nor a desecration. Just some (for the most part) fun mind candy.

For all my film reviews, see my main website.
at 22:30 No comments:

Labels: weather
Storm Doris meant it was a bit windy on Thursday.  Our neighbours lost their fence.  Our own losses were rather less severe, but rather more inaccessible. 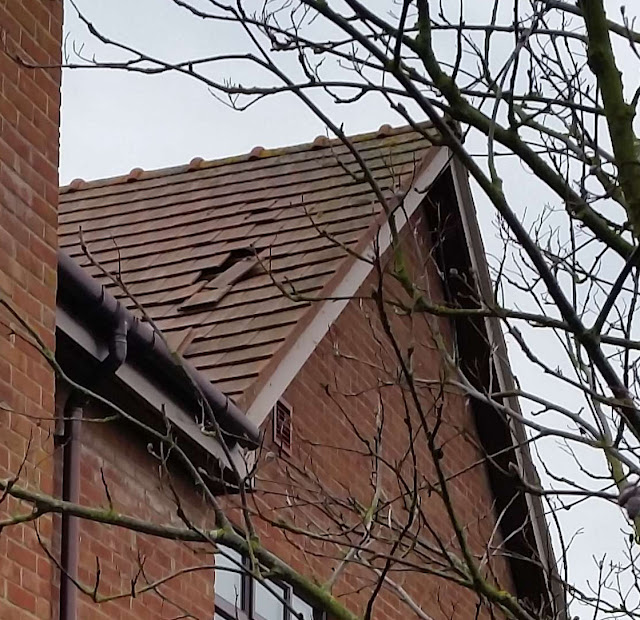 central to the practice of knowledge formation

In defence of writing book reviews

book reviews create dialogue between researchers. They offer reflection; they push questions; they challenge ideas; and they inform readers, authors and even the reviewers themselves. They force us to read attentively, to see the detail and then to communicate that to others. Book reviews are an innately collaborative and community based activity, in which we think and share our reactions to the important books of the day﻿

Labels: history, Neptune, Pluto
On 23 September 1846, Neptune was discovered, and became the furthest known planet from the sun.

On 18 February 1930, 87 years ago today, Pluto was discovered, and became the furthest known planet from the sun.

On 7 February 1979, Pluto crossed inside Neptune’s orbit, and Neptune became the furthest known planet from the sun, for the second time.

(Extrasolar planets started being discovered in 1992, but we won’t count them here.)

On 11 February 1999, Pluto crossed back outside Neptune’s orbit, and became the furthest known planet from the sun, for the second time.

On 24 August 2006, Pluto was downgraded to a “dwarf planet”, and Neptune became the furthest known planet from the sun, for the third time.

Labels: science, Sheffield
I’ve been at the EPSRC ICT Early Career Workshop, acting as a “mentor”, and mainly talking about Cross-Disciplinarity.  It’s been an interesting two days in Sheffield, getting to meet the next generation of researchers.

Update 21 Mar 2017: EPSRC’s own blog post about the event, with somewhat more detail

book review: A Symphony of Echoes

Jodi Taylor.
A Symphony of Echoes.
Accent Press. 2013
Max and the crew of time-travelling historians are back. We get another series of historical adventures, both of snippets providing scenes of hilarity or tragedy (sometimes simultaneously), and of major events that move the plot forward. Here the snippets include observing the final kill of Jack the Ripper, a team-building exercise with dodos, an expedition to Canterbury Cathedral to record the assassination of Thomas a Beckett, and a trip to the Hanging Gardens of Ninevah. The plot, that of protecting St Mary’s, and all of history, from Ronan, includes a protracted visit to future St. Mary’s, and a trip to imperil Mary Queen of Scots, in order to confound the unhistorical ending of the lost Shakespeare play.


‘Dr Maxwell. Why are you wearing a red snake in my office?’
‘Sorry, sir. Whose office should I be wearing it in?’

The key idea is that most resolutions are too big (“get fit”), and too vague (“go to the gym a lot”). They set impossible targets, and few specifics on how to achieve them. The microresolutions approach has two central ideas: the target is small and so achievable, and the steps to achieve it are well planned. The aim is to make a specific and relatively simple change, for long enough that the new behaviour becomes engrained, which takes two to three months to happen. Once the habit is firmly set, a new microresolution (up to a maximum of two at a time) can be started. These ingrained habits steadily accumulate (like compound interest) to produce the desired macro-change. Additionally, this approach provides a constant stream of successes, as each microresolution is achieved.

Of course, it’s not quite as simple as that. It requires thought – which specific small behaviour change? – and planning – how and when to trigger the behaviour? These are crucial for success, so this is not a magic cure-all. The trigger in particular needs to be carefully designed: a reminder to do, or not to do, the specific thing in exactly the right circumstance.
This is definitely a sensible and practical approach to changing behaviour: incremental development, where each increment becomes a habit, providing incremental feelings of success, building to a large overall effect.

Maybe I’ll break that last New Year’s resolution after all.

Elsa and her younger sister Anna are princesses who love to play together. Elsa has a special power: she can control and shape ice. She uses this power to make ice slides for Anna. But one day there is an accident, and she injures Anna. Fortunately the trolls can cure Anna, but Elsa and her parents are devastated. She is kept in solitude, so that her powers can never hurt anyone again. But when her parents die, she becomes queen. Anna falls in love with handsome Prince Hans visiting for the coronation, and asks Elsa’s permission to marry. Elsa refuses, and there is an argument, which leads to her accidentally freezing her whole country. She runs away in despair, but Anna follows, determined to rescue her sister.

This re-imagining of the Ice Queen changes the fairy tale considerably, and for the better. It subverts two key fairy tale tropes. First, don’t trust love at first sight: get to know your prospective partner first. What you find out about them may make you realise you made a mistake. Second, an act of true love need not be performed by the hero to save the heroine. Since fairy tales, today served up as Disney animations, form an important part of how we parse the world, these are important and useful messages.

Given these good and overt messages, though, it’s worthwhile digging a bit deeper, to see if there are other, less obvious, messages being reinforced.

Firstly, Prince Hans claims to be the youngest of 13 brothers. Does his father have a harem, a poor wife who has borne at least 13 children, or a maybe a series of wives? In any case, I felt his kingdom to be in dire need of knowledge about birth control. An heir and a spare should be fine. This would have two advantages: the queen would have some time to do more than pop out princes, and 13th sons with no role at home wouldn’t get into mischief.

Secondly, it’s clear that Elsa’s parents have never read any fairy tales. Hiding Elsa away, and forcing her to deny her powers – that always ends badly. And Anna’s memories of her own injury are removed by the trolls, to protect her, and this is taken to be a good thing. But instead, it causes her great pain, and eventually puts her in grave danger. Unable to remember the accident, she can’t understand why her adored big sister will no longer play with her. And unaware of Elsa’s powers, she is taken by surprise by events at the coronation, and is put in danger during the attempted rescue. Ignorance is not bliss, yet keeping someone in the dark to protect them is a recurring trope in many stories. It doesn’t protect them, it infantilises them.

Despite these caveats, the film was an enjoyable way to spend the post Christmas lunch turkey food coma.

Oh, and there is also a comic moose, a patronising lunk, and an hilarious snowman. And some songs.

For all my film reviews, see my main website.
at 16:07 No comments:

Labels: humour, politics
Who wants to be second?

The German one, about their “best leader”, has bite.﻿

Come to EU. It’s huge. It’s the greatest EU in the world! 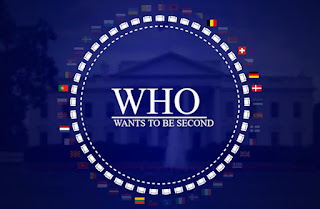 For all my social networking posts, see my Google+ page
at 22:30 2 comments: 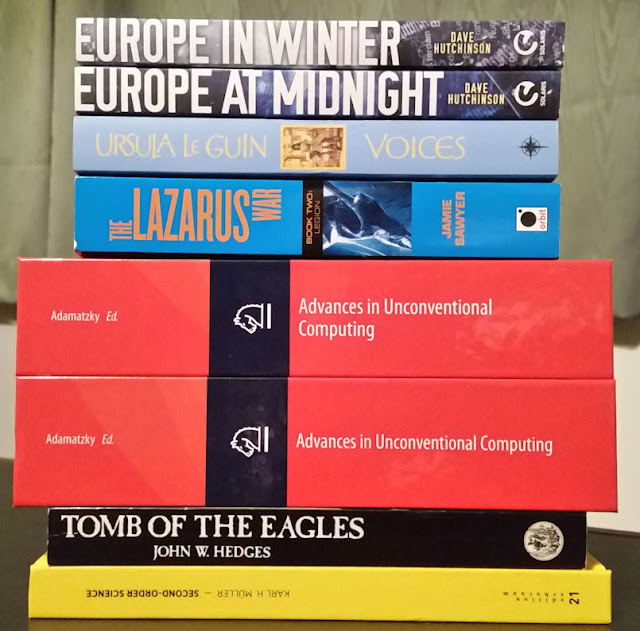 One of those big fat red volumes (they are volume 1 and volume 2, marked on the front covers if not on the spines) contains our chapter on in materio reservoir computing.

we call it fiction because it isn’t fact

A recent letter … compares a politician’s claim to tell “alternative facts” to the inventions of science fiction.  The comparison won’t work.  We fiction writers make up stuff.  Some of it clearly impossible, some of it realistic, but none of it real – all invented, imagined – and we call it fiction because it isn’t fact. 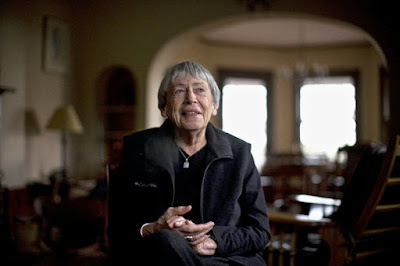 Labels: history, politics
My good friends, a British Prime Minister has returned from the USA bringing trade with honour. I believe it is trade for our time. We thank you from the bottom of our hearts. Go home and get a nice quiet sleep. 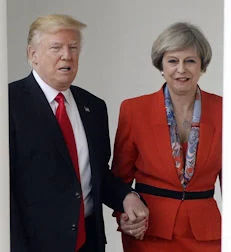 [Just in case some people don't get the reference.]