Labels: food, language, pedantry
So here's the latest box of tin foil we bought (yes, I know it's aluminium, not tin, but tin cans are made of steel, tin foil is made of aluminium, and silver paper isn't silver):

What caught my eye was this: 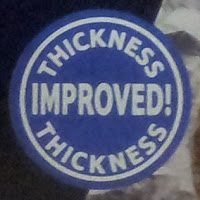 Improved thickness!  That must be good, eh?  It's improved!

But just what precisely is improved?  Well, the thickness, obviously.  But in what way?  Careful scrutiny of the box revealed no further clues. (Yes, yes, I know.  Anything to delay actually having to do any actual cooking, you see.)

Improvement presumably implies change. What changes could one make to foil thickness? I could think of four:
But are any of these improvements? Thinner might mean less waste, but more fragile; thicker would then be more waste, less fragile.  More even thickness might be better if that made cooking times more predictable (I haven't a clue whether it does or not, I'm just hand-waving); then maybe less even thickness would make life more interesting by adding greater variability to the cooked result.

On eventually opening the box and feeling the foil, it's definitely thicker than the previous batch.  So, that's an improvement because ... more waste?  And lo!  This box has 30m of foil, whereas the previous box of thinner, unimproved, product contained 40m of foil. 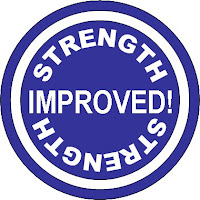 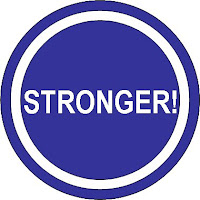 Or if that doesn't have enough oomph, what about: 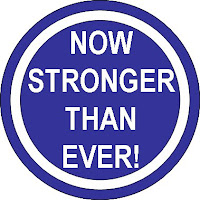 most addictive use of a physics engine ever

Labels: computer, game
I've been holding out, but yesterday I finally installed Angry Birds on my Android phone.  Four hours and two levels (of 21 stages each, for the remaining person on the planet who hasn't yet installed it) later, I decided it was a keeper.


And again, for that one remaining person, the concept is simple, but addictive.  You "fire" birds from a catapult (these birds don't fly, they fall with style) to knock over and blow up structures, in order to explode the pigs.  (What do you mean, "why"?)

The physics engine means that if you hit things just right, they fall in glorious cascades, squashing everything in sight.  If you don't, they fall in the wrong place, or wobble, or tilt, and you have to try again. And again.  And again.  Hence the four hours.

Different kinds of birds have different capabilities, and you get only a limited number, so you have to plan carefully.  And then you have to execute the plan, which involves a combination of skill and luck (that's the way the castle crumbles).

It took me back a couple of decades, to Lemmings, which absorbed a lot of life back then (I really should know better by now).

What impressed me those years ago about Lemmings was the implicit training programme.  At the computer show (remember them?) where I tried it, and bought it, there were three demo levels: v triv, triv, and impossible.  After having played it for several months a completely non-significant part of my life, I realised I had just sailed through the "impossible" demo level, having been thoroughly and efficiently trained in exploiting Lemming capabilities to solve fiendish mining problems. Angry Birds (and, I assume, all its ilk) has the same approach, introducing the new capabilities one by one, having specially designed levels that you use these capabilities to solve, and slowly increasing difficulty, to keep you engaged.  In addition to being a brilliant teacher, it's a brilliant implementation of what Csikszentmihalyi calls "flow".

Time has moved on since the relatively simple graphics and trivial dynamics of Lemmings.  Angry Birds has that physics engine which gives a whole new level of realism (although I do think the friction model is a bit too sticky). But Lemmings had its own great feature: insanely compelling use of background music. To this day, whenever I hear a certain piece of Mozart, I flash back to images of hordes of grimly marching lemmings.

Now, have I got time for just one more go before lunch?

On the Road to Mendeley

I decided to evaluate Mendeley as a means to "organise" my scientific paper reading and note-taking. A hard disk full of PDFs from forgotten sources, with separate BibTeX files for each paper I write, is messy.

I decided on Mendeley after reading a few reviews. These mostly said good things, and only very few bad things. The desktop application lets you keep the PDFs of your collected papers (and other materials) together, along with notes, tags, and bibliographic information.

You can search on authors, keywords, tags, text, and so on.

You can keep papers in separate directories.  Having recently started using Gmail, and got the hang of using tags instead of directories to classify my emails, I was pleased to see tags also supported here. I will be tagging papers not only with the bits of their content of interest to me, but also to tell me which of my own papers have referenced them.

You can export reference information in BibTeX format, for ease of writing papers. (Apparently you can also export in MS-Word formats; but why would you write a scientific paper in anything other than LaTeX?)

So I spent a happy few hours importing my PDFs, and various BibTeX files, merging duplicates, cleaning up the entries, and generally populating my account: You don't have to have a PDF of every paper: you can store just the bibliographic details, or a URL to where it is stored elsewhere.  But if you want to annotate the PDF, you need your own local copy.  (There is a separate "notes" field, so you don't need to do this unless you want to annotate in the exact place.)  You can sync all this information across multiple computers. (I haven't tried this yet: I've only accessed it from home so far). I can see that free 500MB isn't going to go very far...

I'll try using it for a while, and in anger while writing my next paper, to organise the bibliographic information.  So far it looks very useful.  It's the kind of thing that will make writing a review paper a lot easier, I suspect.
at 20:49 No comments:

I love Coke.  It's my soft drink of choice.  But there's a problem.  A 142 Calorie per can problem.  So I restrict myself to about three cans a week.  I did once try a Diet Coke (by accident!); ghastly tinny taste. 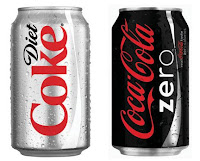 Scalzi has recently blogged about Coke Zero, his soft drink of choice. Part of the reason for his choice is its (lack of) calorific value.  I was interested when he mentioned that, whereas Diet Coke uses the "New Coke" (bleurggh!) recipe,  Coke Zero uses the (One True) Coke recipe.  (Calling Coke "classic Coke" merely legitimises the existence of "New Coke", which I refuse to do. And UK cans don't even need to say "classic" on them.)

I wondered, maybe the tinniness of that long-ago Diet Coke was due to the recipe difference, not to the sugar substitute?  Maybe Coke Zero tastes like Coke, and I could save myself 142 Calories a shot? (Slightly less, actually. Coke Zero has about 2 Calories a can.)

So I tried it. 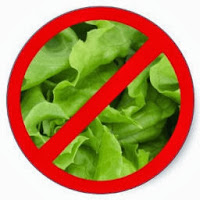 Mind you, I know I can taste bitterness where many can't.  For example, I think lettuce is horrible.  Nasty bitter tinny after-taste.  When I Rule the World, the first thing I will do is outlaw lettuce.  Or at least outlaw it being put in every single kind of sandwich.

Many friends express disbelief in my dislike of lettuce: "but it doesn't taste of anything". (So why are you so keen on eating tasteless food, then, eh?)  Oh yes it does.

Labels: language, publishing, science
Scientific and technical writing is a little different from the kind of "creative writing" you are taught at school. There are different conventions. For example, "vary your vocabulary" is a complete no-no if you are striving for precision and lack of ambiguity. If you think using the same word several times may sound a bit clunky, and you decide to make things "read better" by using synonyms instead,  imagine the internal dialogue of your readers going something like this: "You talk about a thingumabob here, a thingamajig there, and a whatchamacallit in your other paper. What subtle distinction are you trying to make? I've been trying to puzzle this out for ages.  Oh, I see.  You are just varying your vocabulary. Come here and say hello to this two-by-four." That should help you decide not to do it.

One important part of a scientific paper is the abstract. It should be short yet comprehensive. It should tell you what the paper is about, the question the paper addresses, and the answer it discovers. It is not a spoiler to put the answer in. You are not writing a blurb for a whodunnit. Don't worry that you are giving away the punchline. The abstract may be the only part of your paper the reader even sees.

So I was delighted to see a paper with an excellent abstract quoted at Ben Goldacre's secondary blog. (Actually, it's only the perfect abstract when combined with the paper's title; techincally, abstracts should be stand-alone. But, hey.)
at 15:23 No comments: