Labels: garden, weather
It seems to have been raining constantly for months.  However, this does have the advantage that the garden is green and growing like crazy, and all those raindrops can be pretty: 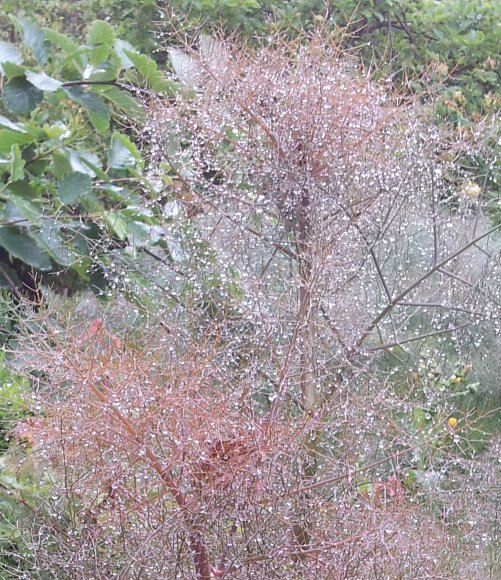 Labels: Belgium, Brussels, food, research
I'm just back from a couple of days in Brussels, where I was at a meeting about Unconventional Computation. Brussels is a mixture of new and old buildings, as the "view" out of my hotel window shows: 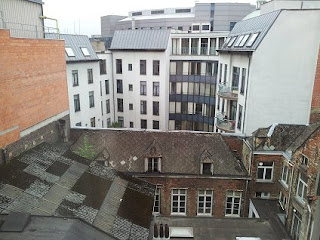 New buildings at the back, packed right up against older ones in the middle.  And those older ones are indeed quite old; zooming in on the wall to the right shows some crumbling brickwork: 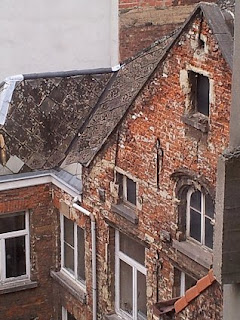 But what Belgium is famous for, of course, is chocolate.  I decided that photographs would be better for me than any closer interaction, and the displays themselves are works of art: 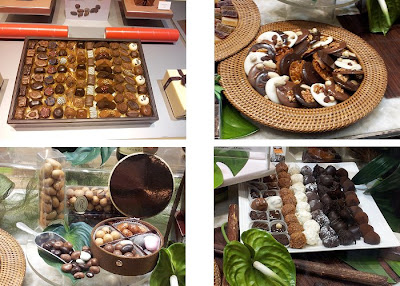 I did succumb to a hot chocolate drink, however.  Mmmm.
at 20:19 No comments:

Labels: books, quotations, research, web
I was writing a paper, and as a conclusion to a short section, I wanted to put "Life is a verb, not a noun".  Now, that sounds like something someone has probably said before, so I thought I would check, in case I needed to reference it.  I found the source as follows:

Elapsed time, less than 15 minutes.
Try that with a paper library!

background to this (I was less bored this time)
at 14:30 No comments: 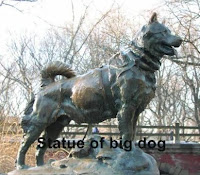 I've posted about alternative lyrics to Carl Orff's O Fortuna before. However, I recently came across another version, and realised there are alternative alternatives.  There are several versions on YouTube, with their surreal lyrics (but little more so that some possibly drug induced lyrics of real songs) made even more surreal by the accompanying pictures. (A few pics may be mildly NSFW, depending where you work, but they are uniformly wonderful.)  My favourite version (which is the one I stumbled across today) has hand-sketched internet meme figures.

Realising that there are several versions, and that some extremely different readings seem to fit just as well, made me look up the original medieval Latin lyrics, and do a compare and contrast:
Clearly these alternatives aren't all independent, but there's enough variety to be amusing. Most of the variation seems to be around lines that nothing fits very well.  Also, once a variant has been used, it appears to affect nearby versions: once you have rats in your head, they stay around.  I suspect that a trained historian could work out a family tree of which version influenced which.

Listening to any of the recordings whilst reading the original words is interesting: in some cases the words really being sung appear to fit just as poorly as some of the alternatives.  Presumably this is a combination of a large choir singing not quite simultaneously, in a foreign language, filtered through a non-perfect sound system.

Knowing what to listen for makes all the difference.  Once you are listening for "Vimto can taste of kidneys", it's easy to hear.  But then so is "Green chalk can taste like hippies".  These surreal lyrics are much easier to hear than alleged mumbled satanic phrases in rock music played backwards (but for the very same reason).

a jewel of a probability puzzle

Labels: mathematics, probability
I've been spending way too much time reading John Baez' Azimuth blog. It's got lots of fascinating stuff, but one piece that really caught my eye is a probability puzzle:


Suppose I have a box of jewels. The average value of a jewel in the box is \$10. I randomly pull one out of the box. What’s the probability that its value is at least \$100?

First thought, of course, is: "I don't have enough information; the answer will depend on the distribution".  But in fact you can give quite a strong bound on the answer even without knowing the distribution, using Markov's inequality: the probability is +++\le 1/10+++.

At first, this looks impossible: how can this be independent of the distribution?  Surely I can have some strange collection of jewels that violates this bound?  But no, and in the comments section there are some great explanations that give an intuition about why this is so, including David Guild's:

This derivation assumes that the chance of pulling out any jewel is the same.  But, as Baez explains, the result is independent of this.  If some jewels are more likely to be picked, and that likelihood is used to define the average value too, then the result stands. (I leave the proof as an exercise for the reader.)

So, from a problem that initially looked as if it doesn't have nearly enough information, we've moved to an intuition about why a result (albeit only a bound) can be given, and a simple proof of a general result for that bound: Markov's inequality.  The power of maths!

There's also a result for values that can go negative, which requires also knowing the standard deviation: Chebyshev's  inequality.  It's all on John Baez' blog.  Go there, and you to  might spend as much time reading around as I have!
at 19:13 No comments: