Labels: architecture, conference, Fontainebleau, France, stately home
This afternoon was the conference trip, to Fontainebleau palace.  This is right in Fontainebleau itself, so no long coach trip required.  In fact, I have been walking past it every day on my way to the conference venue.  I thought it was big from what I'd seen.  But it's bigger on the inside.


The guided tour goes through a relatively small part of this, but is still quite long, and carefully designed to start with amazing and move on to jaw-dropping.

Moving through this into the older part reveals even more ornateness.


That was the end of the interior tour.  We had a brief walk outside, including:

We then took a brief tour round some of the gardens.  But it was way too hot to linger.

But now I want to go start a revolution ... well, I'll wait until after the conference dinner, maybe...

I arrived on Sunday, with a colleague from the UK.  We came by Eurostar, which had an exciting 90 minute delay due to a power failure in the tunnel (or as they announced, “operational difficulties”).  It was “exciting” because of the chaos at St Pancras: no-one knew what was happening, and the station concourse was steadily filling with delayed passengers.  Queuing disintegrated.  Once the trains started leaving again, they could move more people into the departure area, and people for particular trains had to snake their way through the crowds.  Fun while trying to manoeuvre wheelie luggage.  The online information was of no help at all: it claimed our train had gone once its official departure time has passed.  We were relatively lucky: others were stuck for longer, or had their trains cancelled.

We were mildly concerned that this would mean difficulties in getting from Paris to Fontainebleau, as we would be arriving later than planned on a Sunday evening.  But there were trains every 30 minutes, so no problem there.

The first two days of the conference have been fun and interesting.  And the food is amazing.

Here’s the glorious view from my hotel window:

Three more days of interesting talks to go.  Then the Eurostar home...
at 08:30 No comments: 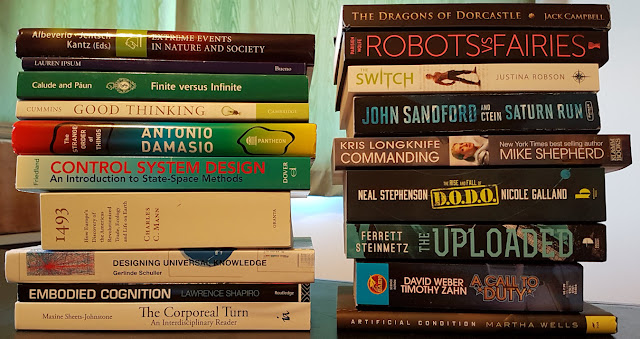 Labels: politics
In criminal law, “It is better that ten guilty persons escape than that one innocent suffer” (Blackstone’s formulation).

For social benefits, the principal seems to be “It is better that ten deserving persons starve than one undeserving get even a single penny” (Conservative formulation)

Punishment beatings by public demand - the truth about welfare reform
the benefit sanctions regime neither helps nor encourages people to find work, and leads to destitution, ill health and even crime. Nor does welfare reform save much money - predicted savings on disability benefit, housing benefit and council tax benefit have all failed to materialise. The government stokes hysteria about benefit claimants, the public demands these presumed moral miscreants be put through the mill, kangaroo courts impose kangaroo moral judgments. The results are unfair, ineffective and inefficient.

what to do with tree stumps 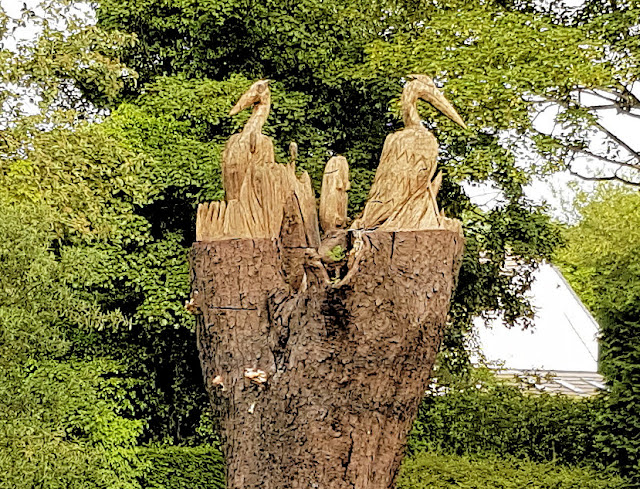 It seems to be a bit of a local theme, as we saw some meerkats(?) later in nearby Mobberley. 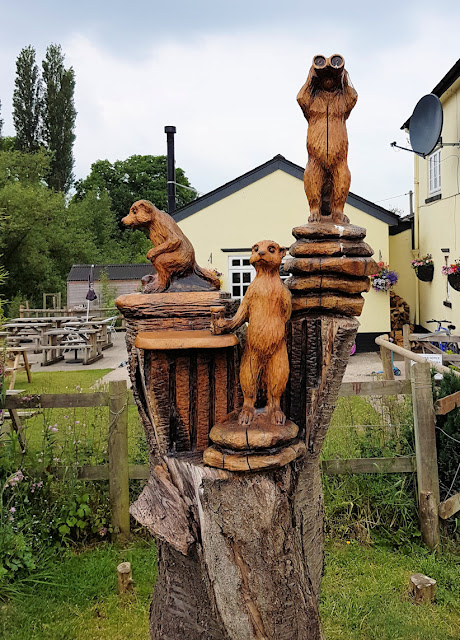 The view from my window is gorgeous.

It’s a nice small symposium, and the peaceful venue is an old hunting lodge (although somewhat recently rebuilt): 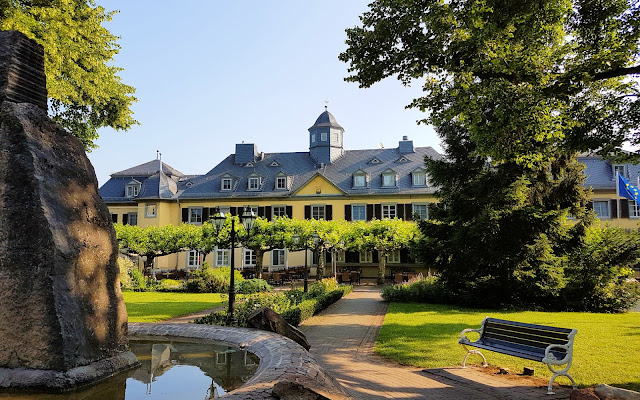 I’m looking forward to lots of great presentations, and to talking with the other delegates about chemistry and evolution.
at 22:30 No comments:

the high cost of epublishing

Labels: history, publishing
I usually think the print cost of technical books is rather high, and that the e-version is hardly any cheaper.  But I've not come across this pricing strategy before: