Labels: conference, Newcastle upon Tyne
I have arrived in Newcastle, ready for the Artificial Life conference.  There are lots of brick buildings visible from my hotel window. 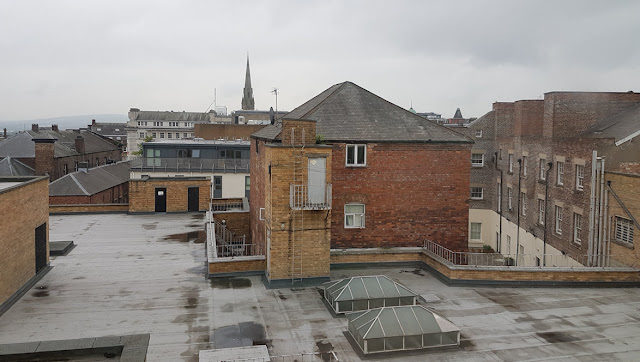 And on my way to my room, I was mildly amused to see this: 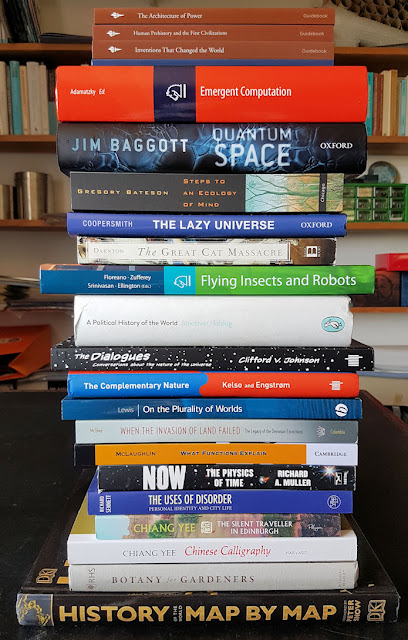 I have two very vivid memories of the Apollo programme.

The second memory is during Apollo 13 – sitting around in the cloakroom at school with all the other kids, all being very worried.

I have lots of other memories of the whole programme, but I don’t know if they are memories from the time, memories of repeat showing on TV, or just memories of memories.

Thinking back, one thing that strikes me is how impoverished our information sources were then: TV (real time only), newspapers (whichever one was read in the house), and the odd special isue of a magazine.  No videoing late night programmes to watch later, no iPlayer catchup, no YouTube clips, no NASA website, no googling for more info.  How did we survive?

The solar system is a much richer, more detailed place than it was 50 years ago.

But 50 years on from Neil Armstrong and Buzz Aldrin, we still don’t have a moonbase.

Did we fly to the moon too soon?
Did we squander the chance in the rush of the race

where the rubber meets the road

Labels: shoes
I did my bit for the environment today.

I have an old pair of Clark's sandals.  They are comfortable, and the uppers are fine, but the original tread on the soles had worn down to a high gloss.  The other day I slipped, and decided they were no longer safe to walk in.

Given the fine condition of the uppers, I took the pair along to out local Timpson's, to see if they could be re-soled.  The guy sucked his teeth and looked dubious.  They probably wouldn't take a re-soling.  We discussed it for a bit, and I explained I just needed the soles made less slippery.  He said he would try "roughening them up" on the machine.

Several minutes and a strong smell of buring rubber later, he returned them to me, with a lovely lattice of grooves carved into the previously smooth soles:

Perfect!  That will keep me going for another few years, until they wear down again, and it saves me having to bin otherwise perfectly good footwear.

Timpson's for the win, again.

Labels: Durham, food, trains, York
I had a trip up to Durham today, to visit a colleague.  I bought a coffee at York station to drink on the early train: £2.05.

On the way back, it was lunchtime, so I popped into a Sainsburys near Durham station, and bought a Ginsters Chicken and Mushroom slice, a banana, and a 500ml bottle of Highland Spring water: £1.80 in total.