I first went to a panel on Book Blogs; I have been known to post the occasional book review. The biggest reason by far that people buy a book is because they have read and enjoyed something by the same author.  Next is because it was recommended by someone they know and trust, which might be a blogger.  Blogs can affect sales, but only the big blogs like BoingBoing seriously affect sales.  Great bloggers, like Jo Walton, start conversations others want to join.  Is there a pressure to write only good reviews, lest the publishers stop sending you ARCs?  No, that would be really stupid of them, because you would write about it!  Some authors don’t understand how the internet works, and push back against poor reviews.  Fans can be worse!  There’s a difference between legitimate bad reviews and just shit-posting.  Bad reviews can be easy to write, and be entertaining to read, but have no influence on the reader’s choices.  Moderate your comments: there is a population of badly behaved commenters – if you let their comments stand, you will lose the thoughtful, engaged commenters.  You can always make a video of the worst comments: they are very popular, and make money!  If you want to build and maintain an audience, you have to put material out with some regularity.  Why do people make video reviews of books?  You can read a text review much faster!  It’s just a different medium for different people: there are 25 minute long reviews of beds, with 50k views.

Next off to a panel on Systems of Magical Healing.  There is usually some cost involved in healing: to the healer, to the patient, to a third party, to the land.  There needs to be some limitation or jeopardy: maybe you can heal others but not yourself, or only one person can do it, or a rare artefact is needed, or a lot of training and knowledge is needed.  The approach used in role playing games is necessary for the game dynamics, but is inherently ridiculous, so doesn’t translate to books.  Is the insistence on limitations a reflection of how healthcare is a limited resource in the real world?  What if there was unlimited healing available?  What if old age and death can be healed?  Vampires!  Excalibur’s scabbard could heal all mortal wounds, but it’s not used much.  The only place with a cure-all is hell, so that the torture can continue.  Research into medieaval healing herbs, but for the poisonous ones, make those up, so that no-one can use them in real life!  If you know how to fix someone, you know how to take them apart: healers can do damage, too.

On Wednesday I went to a panel on Obsolete Science Ideas.  This neatly book-ended my next panel, on Tomorrow’s Cool SF Physics.  Certain physics ideas get used a lot: many words, wormholes, hyperspace, time dilation, etc – but what other physics might make for cool stories?  Wheeler’s “It from (qu)bit” programme, that everything is information at the bottom, has potential.  New materials, meta-materials built from artificial atoms, might actually allow deflector shields, invisibility cloaks.  They are good for deflecting waves: what if you could deflect gravity waves?  What if you could transport gravitons along special “wires”?  Most of the matter in the universe is dark matter: what are its properties?  Could there be dark matter stars, planets, creatures, civilisations?  And what if we could communicate with them?  String theory has more dimensions, the extra ones we can’t see are “small”, but could support parallel universes “close” to ours; these are very different from many worlds type parallel universes.  Talking of extra dimensions, what about more timelike dimensions?  What if we are living in in a simulation? 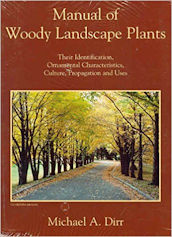 After lunch I went along to Writing about Plants, Landscapes, and Nature.  Finland has lots of forest, with huge rocks: there are so many words in Finnish for rocks, many types and sizes of rocks.  Setting can be treated as a (secondary) character in its own right, or as a place for the characters to inhabit.  It’s much easier to write a setting like the ones you know, otherwise you have to do a lot of research to get the details right.  The USA has a detailed soil database: for every location, it has information on the soil type: what colour, what it smells like, what it feels like like, what’s blooming.  You can go down the research rabbit-hole just to get the sentence: “the soil was red”.  The Manual of Woody Landscape Plants is a huge book with descriptions of every woody plant in the US, useful for getting exactly the right kind of oak with flashy fall colours.  It has no pictures!  You have google for the pictures.  There’s nothing like physically experiencing the setting to get the feel: you don’t necessarily need to go to a jungle, just to a suitable botanical garden.  Don’t just rely on visual descriptions – use the other senses too, to see the world through different “eyes” – go into a forest and close your eyes and listen.  Landscapes change depending on time of day, on time of year; wild animals have their own rhythms.  There’s a tradition of Finnish nature magazines, with long articles describing the environment – they don’t write like journalists or fiction writers, but somewhere in between.  As ever, the problems are the things you don’t know are different elsewhere: in New England, fireflies are part of the summer landscape – they are “lower stars” (or actually lower planets, because they move) – but you can’t transplant them to a European setting, where you have glowworms on the ground.

Next up was the panel What Science Fiction Gets Wrong About… My Profession.  The professions represented on the panel were: anthropologist/archaeologist, quantum physicist, infectious diseases physician, and behavioural geneticist.  Most professional life is email, teaching, answering questions from students, reading documents, writing reports, meetings, ethics panels, coding, checking data, public outreach – other people tend to do the hands on work.  Not all anthropologists work in obscure isolated places, they might also work on things like the cultural anthropology of My Little Pony fandom.  Brendan Fraser Mummy movies: boy is the archaeology wrong! They are picking up artefacts with their bare hands! They are removing things from their context!  We do things differently now: past archaeologists kept only those artefacts bigger than 2 inches, now we keep everything.  Every show gets computer use wrong.  Seanan McGuire’s (as Mira Grant) Newsflesh series has very plausible science. Orphan Black gets clones right: they are not duplicates, but different people.  Don’t write veterinarians who don’t have pets.

The final programme event was Allen Stroud’s presentation on Defamiliarising Europe.  This was a lecture based on an Adam Curtis 2016 documentary HyperNormalisation.  The talk wove together mythology, Brexit, and fractured dystopian Europe SF.  Dystopian fiction is based on something gone wrong in society, and is designed to reinforce support for the status quo, because the alternative is the dystopia.  When reality is systematised and simplified [the thesis of the documentary], then some things, some people, are left out of that smaller “reality”; a mythology evolves at the margins, which might one day come back as the truth. But truth itself is complex.  Some people are very direct – they make strong statements – “X means X” – and move on before their statements can be questioned.  They can race ahead of the thoughtful. Criticism comes too late, because the argument has already moved elsewhere.  Curtis’ documentary is itself just another very direct narrative, however.

And finally: the Closing Ceremonies.  Lots of thanks and applause.  We discovered that this Worldcon was the second largest ever (second only to Loncon3), with, by the end, over 10,000 memberships, and nearly 7000 attendees.  This was many more than expected, which explains some of the crowding issues on the first day.  Dublin has won the site selection for 2019: I hope they are taking note in their planning that the European Worldcons are getting record-breaking attendances, otherwise we will be queuing again in two years’ time!

So, another con ends.  Now to get ready for the flight home tomorrow.