Labels: complexity, computer, conference, evolution, France, Lyon, philosophy, robots, simulation
Day two of the European Conference of Artificial Life, in Lyon, was the start of the conference proper.  The proceedings for the conference are open access. 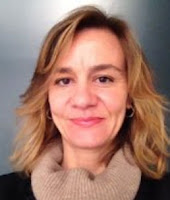 We started with a fascinating keynote from philosopher Viola Schiaffonati, on Experimenting with computing and in computing: Stretching the traditional notion of experimentation.  As an ex-physicist, currently computer scientist, with a strong interest in computer simulation of biological and other complex systems, I found this a very useful exploration of the uses of simulation.  Physics-like subjects tend to have strong clear theories, and here “simulation” is more of “prediction without needing to run the experiment”, as in a virtual wind-tunnel, say.  Biology-like subjects, on the other hand, have less well-defined theories: they are more models comprising a “nest” of concepts, results and techniques from a range of sources, and simulations are more “does this nest hang together in correspondence with reality?”, or even “what tweaks do I need to make this nest hang together?”  The talk examined these concepts, put them together in an interesting way, and also had lots of useful references (not least to the “nest metaphor” paper which I need to read in detail).

After coffee I went to the Complex Dynamical Systems track.  Locating critical regions by the Relevance Index introduced a new measure useful for spotting systems at, or moving towards the “edge of chaos”.  Criticality as it could be demonstrated how agents who learn a structure that allows them to exhibit critical behaviour can exploit that learning to explore solutions to complex tasks in different environments.  Reservoir computing with a chaotic circuit was a neat demonstration of how even a (relatively) simple device can perform the complex computations of a reservoir computer.  Finally Signatures of criticality in a maximum entropy model of the C. elegans brain during free behaviour looked at potential critical behaviour in the “brain” of a (relatively!) simple biological organism.

After lunch I went to the Evolutionary Dynamics track.  Lineage selection leads to evolvability at large population sizes was a very nice talk demonstrating that the far ago ancestor of today’s creatures was not necessarily the fittest at the time: in a large population some groups can scamper up sharp fitness peaks and get stuck, whereas others trudge slowly up a smooth shallow incline of fitness, and survive to be even fitter in the long term. A 4-base model for the Aevol in-silico experimental evolution platform described the move from the classical binary representation to a four-base representation in the Aevol system, allowing degeneracy in the decoding.    MABE (Modular Agent Based Evolver): a framework for digital evolution research described a new modular architecture that should allow in silico evolution experiments to be set up much more straightforwardly.  Finally Gene duplications drive the evolution of complex traits and regulation described a series of experiments to investigate to various facets of gene duplication in Avida: is it the genetic material in order, or just the material, or just the increase in genome size, that’s important? 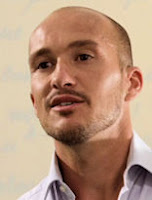 Then after another coffee break (hydration is very important at these events!) there was the second  keynote of the day: a fine double act from Andreas Wessel-Therhorn and Laurent Pujo-Menjouet speaking on The Illusion of Life, or the history and principles of animation.  They demon-strated the “12 principles of animation” with simple examples and then how they are realised in actual films.  They showed the clip of the death of Bambi’s mother that traumatised generations of children (myself included), showing that the actual death is never shown, despite the fact that many people remember it vividly. (I am not one of those who falsely recall it being depicted: I was traumatised by the fact of the death, not its depiction!) They also demonstrated how some of these animation principles have been used in the design of the Jibo robot’s movements, to give it “the illusion of life”.

The final event of the day was the poster session, including our Tuning Jordan algebra artificial chemistries with probability spawning functions.  I looked at all the posters quickly, but I then had to go off to the ISAL board meeting, where we reviewed the society’s activities, learned lessons from this year’s organisers, and brought next year’s organisers into the fold.