Labels: Cancun, complexity, conference, Mexico, research, simulation, systems
ALife day 4. I’m at that point in conference-going where I keep having to check what day it is, as I’ve lost track.  Apparently it’s Thursday.  I never could get the hang of Thursdays. 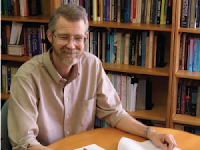 This particular Thursday started brilliantly. Keynote speaker Randall Beer talked about “Autopoiesis and Enaction in the Game of Life”. Autopoiesis, or system self-production and self-maintenance, can be a slippery concept to explain. Beer takes the Game of Life, and uses it as a “toy” system, to get a handle on the concepts. The key is to look at the GoL from a process perspective (a toy “chemistry”), rather than from the more usual automaton perspective (the lower-level GoL toy “physics”). (This new modelling perspective is emergent under our definition, as it is actually a new meta-model.) In this different view, a glider can be seen as a very primitive autopoietic system, a network of processes constituting a well-defined identity that is self-maintained. In a marvellous tour de force, Beer showed how all the components fit together, and how GoL can be used to explain and illuminate concepts from autopoiesis in a beautifully clear and elegant manner.

The morning technical session was on Development (although not all the papers were). We started off with a discussion of the relationship between developmental encodings and hierarchical modular structure. Next; simulation is crucial for many ALife experiments, and MecaCell is one being built for developmental experiments. Then our paper; Bioreflective architectures generalise and combine the concepts of computational reflection and von Neumann’s Universal Constructor. Finally; it can be difficult to evolve heterogeneous specialist cooperative behaviours unless the specialists can recognise their partners. 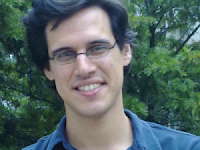 The afternoon keynote was Francisco Santos talking about “Climate Change Governance, Cooperation and Self-organization”. This was an application of game theory in large finite populations to cooperation and coordination problems. He showed some counter-intuitive results: it is easier to get global cooperation via small groups initially, and it is better for small groups to invoke actions than to leave enforcement to a global organisation. In the end, the results show the old adage: think globally, act locally”, and that there is yet hope for cooperation.

I then went to the technical session on “Living technology and Human-Computer interaction”. First there were a couple of talks on the EvoBot, a modular liquid handling robot, covering both the hardware and the software. This system, being built as part of the EvoBliss EU project, is an open source design that costs two orders of magnitude less than current laboratory systems. It allows programmable chemical experiments, with precise, repetitive, complex operations. Real-time droplet identification allows complex operations to be specified. For example, it can be programmed to apply a droplet, wait for the droplet to start moving with a certain speed, then suck the droplet back up again; or to apply a chemical once an array of droplets has clustered. Next we learned about developing a computational agent to “play” a cooperative herding game with novice humans: some of the humans learned how to play from the agent, some never did, and most thought they were playing with another person. Finally we heard about a NetLogo-based approach to teaching school children about complex systems principles.