Labels: books, food, science fiction
Someone with the same approach to cooking as me.

But not the same approach to science fiction... 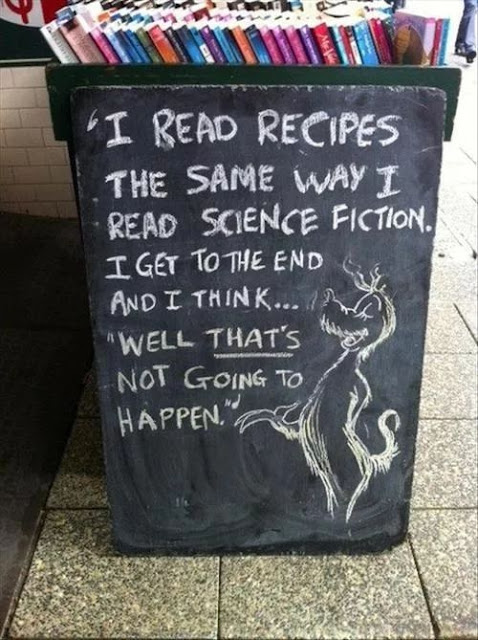 [via Sabine Hossenfelder's blog]﻿
For all my social networking posts, see my Google+ page
at 22:30 No comments:


What has happened down here is the winds have changed

[via Danny Yee's blog]
For all my social networking posts, see my Google+ page
at 22:30 No comments:

I thought this was a lot of bikes:

until I saw this:


My second day at CCS, and today I had lots of choice of what to go to, as there were 16 parallel sessions.  To expand my range, I chose the morning workshop on Fractional Calculus, followed by the afternoon workshop on Complexity for History and History for Complexity. Then it was the conference dinner: a magnificent Chinese meal on a multi-storey boat.

if this is Tuesday, it must be Amsterdam

The view from my hotel window this morning shows how convenient it is for the station:


Today was our second EvoEvo project workshop, with lots of interesting talks about the evolution of evolution, mostly in in silico models.

ambrosia in a small black bag

Labels: Edinburgh, flight, food
My flight from Edinburgh was delayed for an hour this evening, so I had a chance to investigate all the food outlets for something for dinner.  In WHSmith, I came across "bananas in raw chocolate".  It sounded intriguing, so I thought I'd give it a try.

view from a conference centre window

Labels: conference, Edinburgh
I'm in Edinburgh, at the PPSN (Parallel Processing Solutions from Nature) conference.  I have learned about a new surrogate model optimisation technique: Kriging.

My room doesn’t really have a view from the (very high) window, so the standard photo doesn’t make sense.  Instead, here is a view from the conference centre itself, of a magnificent Scottish mansion: St Leonard’s Hall. 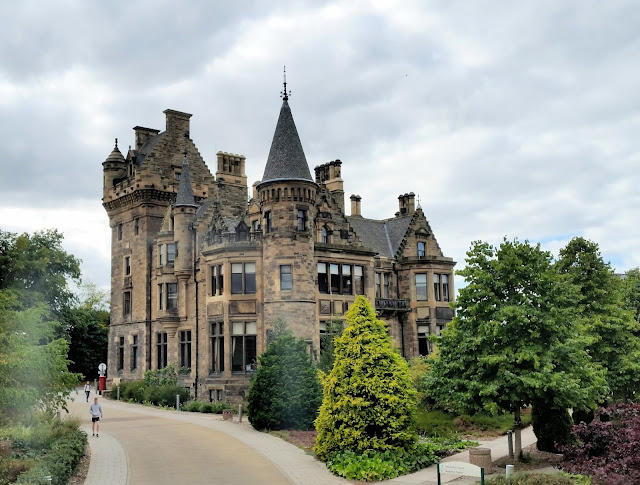 Ariel Blum is pushing thirty and doesn’t have much to show for it. His computer programming skills are producing nothing but pony-themed video games for little girls. His love life is a slow-motion train wreck, and whenever he tries to make something of his life, he finds himself back an the couch, replaying the games of his youth.

Out of the sky comes the Constellation: a swarm of anarchist anthropologists, exploring our seas, cataloguing our plants, editing our wikis and eating our Twinkies. No one knows how to respond – except far nerds like Ariel who’ve been reading, role-playing and wargaming first-contact scenarios their entire lives. Ariel sees the aliens’ computers, and knows that wherever there are computers, there are video games. Ariel just wants to start a business translating alien games so they can be played on human computers. But a simple cultural exchange turns up ancient secrets, government conspiracies, and unconventional anthropology techniques that threaten humanity as we know it. If Ariel wants his species to have a future, he’s going to have to take the step that nothing on Earth could make him take: he’ll have to grow up.

That back-cover blurb gives a fair overview of the content. What sets this apart from others in the “worst choice of human for alien first contact” sub-genre is the style: a combination of blog posts and alien game reviews. Discovering millennia of alien history through playing their video games provides interesting insights, but trying to do it essentially all this way is maybe a step too far.

Despite their uselessness, I did nevertheless like the aliens. They are alien in many ways, both physically and psychologically; in fact, some of the physical descriptions had me flashing back to Sector General tales. Their “Constellation” idea for group working is intriguing; the eventual explanation of its genesis adding an unexpected layer. I also liked the fact that Ariel is effortlessly at ease with these aliens, unlike many of his earth-side relationships.

But all in all, I felt there was more interesting stuff going on behind the scenes than in main view. What was up with the Martian sub-plot? What were all the other aliens doing (we only see a handful)? What does the rest of the galaxy look like (these aliens are atypical)? Just what was the code Ariel wrote to reconfigure the habitat? Is the posed solution to uploading workable? And so on.


For the record, this is my one thousandth blog post!

bird of the desert

Labels: birds
It almost looks fake, because of the background (sand), and the amazing shape of the wings.  What a splendid shot! 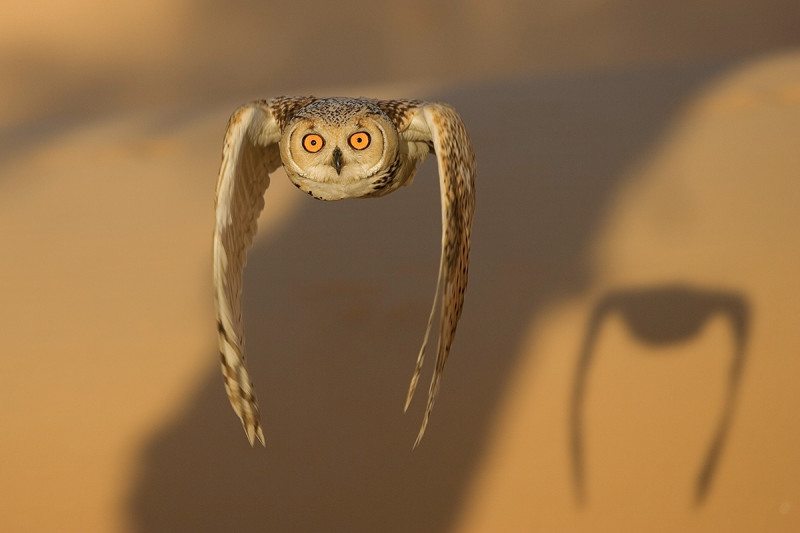 Labels: Bristol, tree
I’m in Bristol for a couple of meetings.  I had a fascinating chat about soft robots and reservoir computing this afternoon with some Bristol robotics researchers.  Tomorrow is a bit more admin-oriented.  But for now, here’s the traditional view from a hotel window, here dominated by a magnificent tree:

I took a short walk down on the waterfront, watching the setting sun:

Around the corner, there was St Mary Redcliffe Church spire:

And so to dinner.

that "presidential look" over the years


How Hillary Clinton can get that ‘presidential look’

Franklin Pierce. To Get This Look: Spend hours painstakingly curling your hair, then walk out into a rainstorm. Don’t do anything to fix it. abstract:
The open-endedness of a system is often defined as a continual production of novelty. Here we pin down this concept more fully by defining several types of novelty that a system may exhibit, classified as variation, innovation, and emergence. We then provide a meta-model for including levels of structure in a system’s model. From there, we define an architecture suitable for building simulations of open-ended novelty-generating systems and discuss how previously proposed systems fit into this framework. We discuss the design principles applicable to those systems and close with some challenges for the community.


A full-text view-only version of the paper is available from the publisher.

Labels: garden
We have a new logic gate in our garden.

Here it is from the other side, highlighting the armillary sphere we got a few years back. 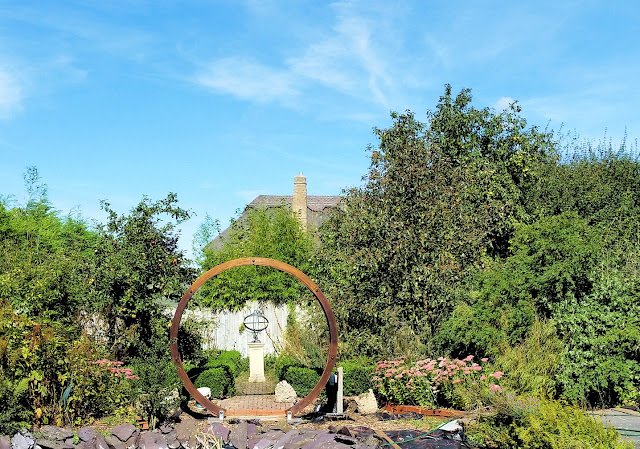 Customers were encouraged to check in online before they reach the airport.

I’m sure they were.  So why does British Airways not allow online checkin until 24 hours before your flight?  And that is for individual flights, so you can’t even check in your return flight before you leave!

Get with the 21st century, BA.


[via Danny Yee's blog]﻿
For all my social networking posts, see my Google+ page
at 22:30 No comments: 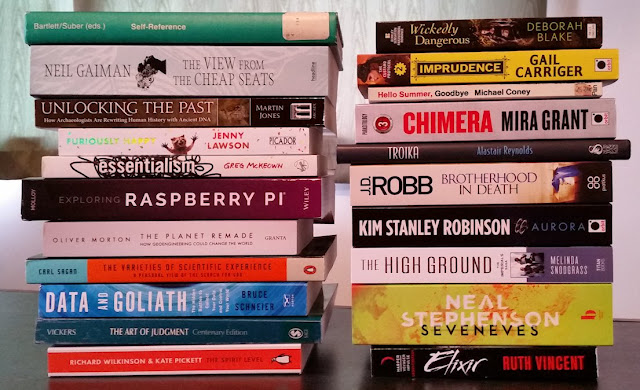 an easier target in Fahrenheit?

I blogged about suchnonsense a few years back, and even noted that I had once seen a similar statement in a newspaper.  I didn’t have a source.  I do now!

Labels: garden
A new piece of our garden is being erected:


Technically, such a feature is called a “moon gate” (although even more technically, there should then probably be a wall for it to be a gate through).

Calling ours the Moon Gate could fit with the various astronomical themes in the garden, but we thought a bit more.  We have a similar sized metal circle in the Time Garden on the other side of the house: that Time Gate allows you to pass from the present to the future.  The pond-with-spaceship area forms the Space Garden, so maybe this should be the Space Gate, allowing you to pass from here to there?

But on this side of the gate is a knot garden (to be in keeping with the Tudorbethan house), which has been partially destroyed by the visiting spaceship.  This area is therefore known as the Logic Garden.

And so the new gate has been dubbed … the Logic Gate, allowing you to pass from CNOT to NAND.

open letter sent to my MP

On Monday 5 September, Parliament will debate the petition signed by over 4 million people on the EU referendum.

This may be the only opportunity Parliament will get to debate the UK’s EU membership status.  The Prime Minister has reportedly said there will be no Parliamentary vote prior to triggering Article 50. [1]

If there is to be no Parliamentary vote, that would be an astounding denial of Parliament’s rights, responsibilities, and sovereignty.

There needs to be debate.  The EU referendum result is not legally binding; it is purely advisory.  Parliament must be given the opportunity to consider the result as advice, along with any other relevant information, particularly any not available to the electorate at the time.

The Electoral Reform Society has issued a scathing report[2] on the conduct of the process leading up to the EU Referendum, in stark contrast to that leading up to the Scottish Independence Referendum.  This casts the legitimacy of the result into considerable doubt.  Campaigners demonstrably lied, and so the outcome cannot necessarily be construed as the will of an “informed electorate”.

In your 2015 General Election leaflet you said that you were “Securing Britain’s future”.  The greatest constitutional change to affect the UK in over a generation should not be made hastily, and certainly not without Parliament’s informed debate and consideration.  Please do not miss the opportunity on Monday 5 September to start such debate, and to ensure its continuance, in order to secure the UK’s future.

[1] although that may not be legally possible, since the European Communities Act 1972 must first be repealed
[2] Electoral Reform Society. It’s Good to Talk: Doing referendums differently after the EU vote. Sept 2016.