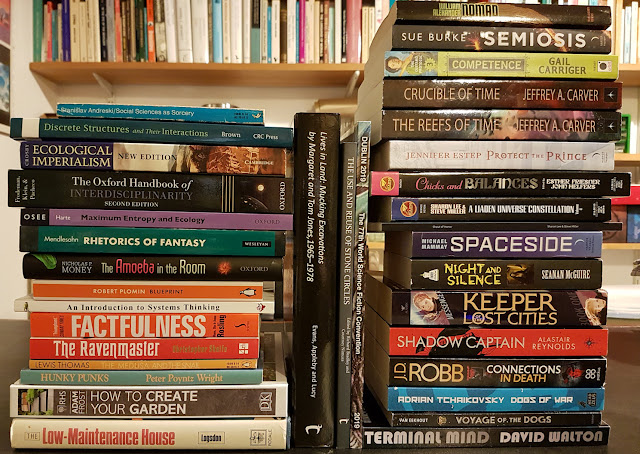 Labels: garden
Less than five hours, and one downpour, after the previous photo: 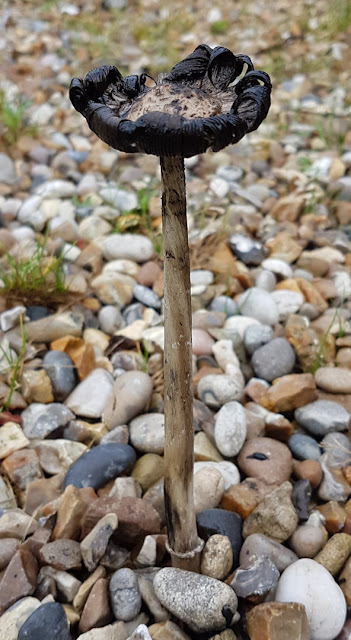 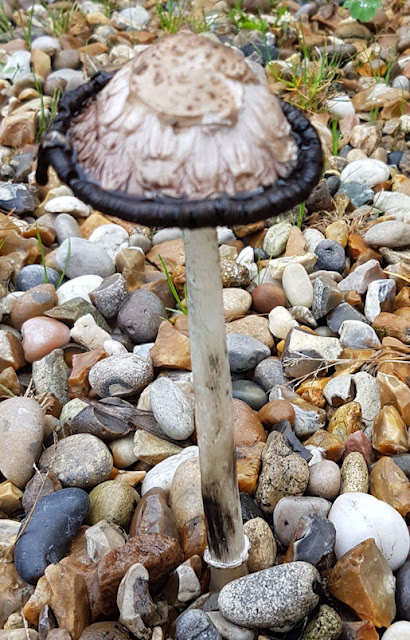 mushroom as a verb

Labels: garden
This weird fungus has appeared in less than a day out of the gravel in front of our house. 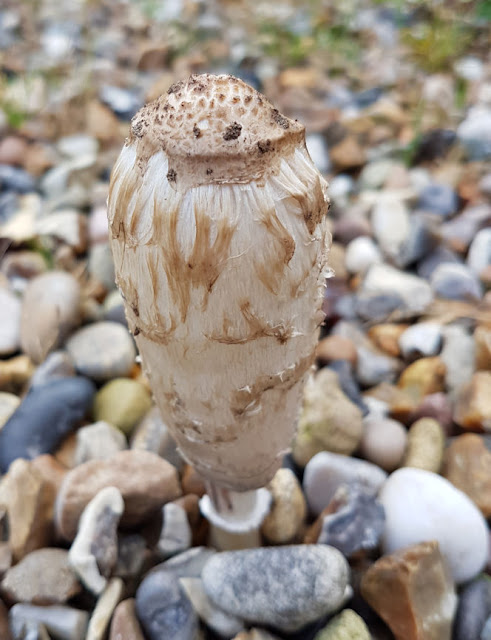 book review: Reality Is Not What It Seems

Carlo Rovelli.
Reality Is Not What It Seems: the journey to quantum gravity.
Penguin. 2016
Rovelli guides us through a brief history of the development of physical theories, to end up with a theory of quantum gravity, one of the big unsolved problems of today. The background, from ancient Greek natural philosophy, to modern quantum mechanics, is an excellent introduction how the ideas gradually reformulated, bringing in concepts of discreteness, fields, and relationships. It is well worn material, but presented in a new, fascinating way. Moving into the final topics is necessarily more limited: the material is both highly technical, and not yet accepted as the standard paradigm.

Before we get to the quantum gravity, we move through Rovelli’s relational interpretation of quantum mechanics, which (modulo Leibniz) is a completely different way of conceptualising systems purely in terms of their relationships (interactions) with other systems: there is no state of an isolated system, only state revealed by its relationships and interactions. The concept of a Newtonian-like schema of a separately existing time that flows independently of everything else disappear in this relational model:


[p157] If we want to understand the world widely, if we want to understand how it functions in the less familiar situations where quantum gravity matters, we need to abandon this schema. The idea of a time t which flows by itself, and in relation to which all things evolve, is no longer a useful one. The world is not described by equations of evolution in time t. What we must do is simply to enumerate the variables A, B, C…. which we actually observe, and write equations expressing relations between these variables, and nothing else: that is, equations for the relations A(B), B(C), C(A)… which we observe, and not for the functions A(t), B(t), C(t)… which we do not observe.

Finally, we get to the particular quantum gravity theory here: a complex superposition of quanta of space interacting and relating.


[p166-7] Space is a spin network whose nodes represent its elementary grains, and whose links describe their proximity relations. Spacetime is generated by processes in which these spin networks transform into one another, and these processes are described by sums over spinfoams. A spinfoam represents a history of a spin network, hence a granular spacetime where the nodes of the graph combine and separate.

That summary from the book makes sense in the context of all the material that has gone before. Go and read the whole thing yourself; it is beautifully written, includes fascinating perspectives on the development of physics, many great insights into contemporary quantum theory, and is as clear as anything about such a technical subject can be without actually invoking the technicalities.

For all my book reviews, see my main website.
at 18:23 No comments: