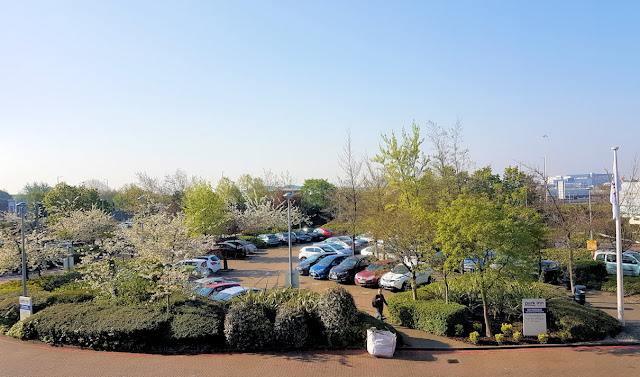 Labels: books, complexity, computer, science, simulation
400 pages of science: best birthday present ever!  Thanks so much, to everyone who contributed.  And special thanks to Andy and Viv, for pulling it all together.  Lots and lots of lovely reading ahead for me.  Yum. 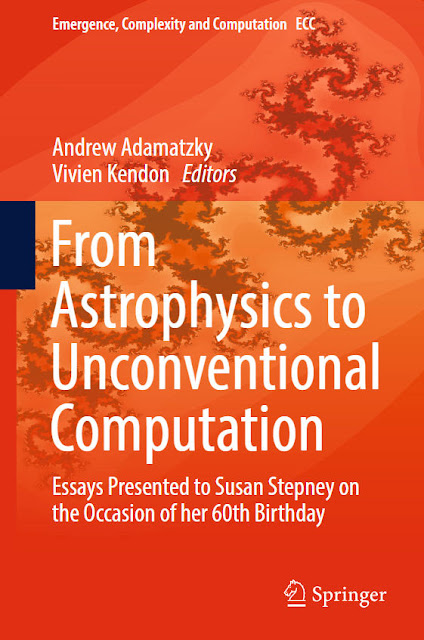 We’d heard good things about this, and it came up on E4, so we thought we’d give it a try. We were rapidly hooked.

Eleanor Shellstrop wakes to find herself dead, and in The Good Place. The boss, Michael, explains that she is one of only a very few who gets to be there, because of all her marvellous humanitarian works during her lifetime. The problem is, she’s actually a selfish unpleasant person, who has been mixed up with a different Eleanor Shellstrop, and isn’t supposed to be there at all. How to ensure she isn’t found out, and sent to The Bad Place? Well, her soulmate just happens to be a moral philosophy professor...

Every episode is interesting, funny, and ends with a twist we never saw coming. There are real ethical dilemmas, real philosophy lectures, people who aren’t nice but you care about, utterly absurd situations, and it’s all just beautifully performed. And the massive twist at the end of season one – well, how are they going to handle season 2?

Witty, funny, clever, and unexpected. E4 don’t seem to be showing season 2, so we went off and got the DVD.

Labels: conference, France, Paris
I haven’t had many of these for a while, but this one is a new one


I’m wondering just what the turf is concerned about?

I’m also concerned about the state of dentistry, if I’m considered “a leading researcher”, or even a researcher at all, in the field...

Labels: publishing
I just got some proofs to correct back from a publisher.

In one place I had written:


In this section I discuss ...


It had been changed in copy-editing to


Fortunately I spotted it!

Sean B. Carroll.
The Serengeti Rules
Princeton University Press. 2016
There is no actual “Balance of Nature”: everything is growing, changing, evolving, in flux. Despite this, there is a kind of dynamic balance: our bodies maintain temperature, animal population numbers don’t tend to grow exponentially or collapse, and so on. These are dynamic balances, because they happen due to active processes.

Here Carroll explains how those processes have much in common from the molecular to the species level: biological regulation is at play. The logic of this evolved biological regulation is different from our engineered mechanical regulators: rather than a positive logic of a process being switched on when needed, it is often of a negative form: one process is constantly suppressing another, and when that suppression is removed, the change occurs.

Carroll gives many examples. Each chapter has a similar structure: take one aspect of biology, and the scientists involved, and describe how they discovered the regulation logic. We start at the beginning, with Cannon’s discovery of the concept of homeostasis, and Elton’s invention of ecology.

After these two introductory chapters, demonstrating analogous regulatory processes on vastly different scales, we get several chapters on molecular level: lactose regulation, statins and cholesterol, and cancer. Some of these have a “double negative” pattern of regulation – X represses Y which represses Z, hence removing X increases Y, which then decreases Z – so a change in one place can have a corresponding change elsewhere, which will be unexpected unless the system is understood.

The book finishes with some positive examples about how, once we understand these negative regulatory patterns, we can potentially reverse certain ecological collapses. We need to identify the relevant keystone species: wolves predate on elk, thereby allowing vegetation to survive to support other species; bass eat minnows, reducing predation on the plankton that eat algae, which would otherwise cause blooms. Knowing the system’s structure, we can potentially reintroduce, or at least stop destruction of, the relevant species, to allow the ecosystem to move a healthier state.

This is a good account of a biological process that works over many orders of magnitude in scale. Understanding how biological regulatory processes are negative, rather than the more familiar engineered positive ones, explains many otherwise counter-intuitive effects. And understanding the web of interacting regulatory processes allows us to intervene in an effective manner, allowing us to work with, rather than fight against, the system. 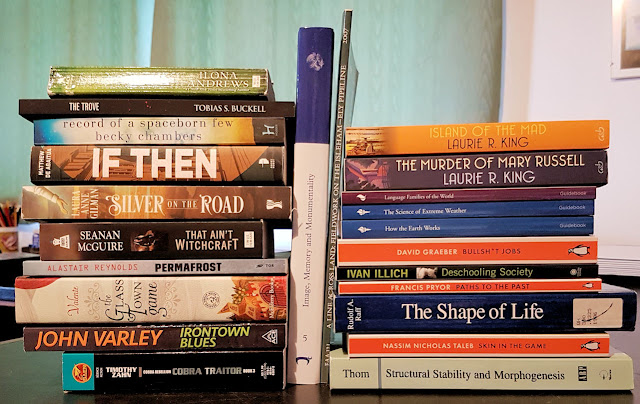 Labels: Groningen, Netherlands
A collegue and I have spent the day visiting CogniGron, the Groningen Cognitive Systems and Materials Center.  We have been talking about our work on evaluating substrates for Reservoir Computing, and hearing about their work in neuromorphic computing, AI, dynamical systems, memristors, and more.  A very impressive team, and lots of fascinating work!

Here’s the view from my hotel window this morning: 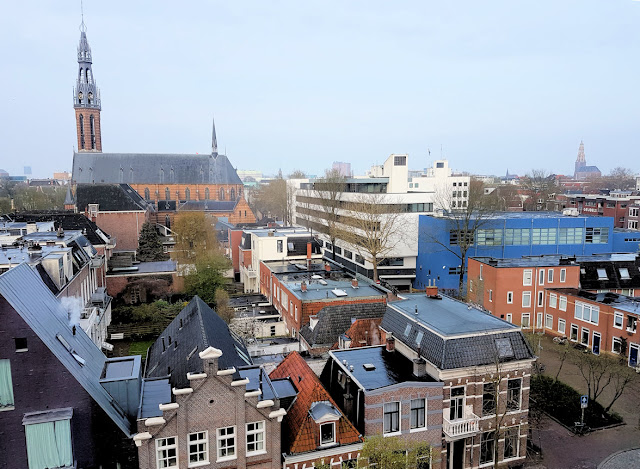