Sarah Manning [Tatiana Maslany], a street punk in trouble with an ex-boyfriend, sees a woman who looks just like her. When the woman commits suicide in front of her, she steals her bag. She goes to the woman’s apartment, to steal her stuff, then decides instead to take her identity, in order to solve her own ex-boyfriend problems. She persuades her foster brother Felix [Jordan Gavaris] to identify the dead woman as Sarah. But what she doesn’t know is that Beth Childs was a cop under investigation for a civilian death. Or Beth’s boyfriend’s secret. Or that there is an assassin out trying to kill her. Or how much trouble she is really in.

This is brilliant on so many levels. Maslany is excellent at playing all the clones with different personalities so that you really see them as distinct individuals (even when they are impersonating each other!) The special effects mean that she can be on the screen several times at once. And the plot is clever, and fast moving, and twisty. Having just 10 episodes, rather than the usual 22 or 23, means absolutely no padding, yet there's still great character development. But best of all is the completely naturalistic way Maslany's various characters behave as they start to uncover who, and why, they are.

Season 1 explains a lot, but not everything, and then ends on a great cliffhanger. I can't wait for season 2.

Jeremy Kubica.
Best Practices of Spell Design: a computational fairy tale.
CreateSpace. 2013
This book illustrates various good practices of software design through a sequence of vignettes set in a fantasy world of wizards, where spells (and bakery recipes, and accountancy) have a distinctly computational nature.

I enjoyed this, but found nothing particularly deep here. I realise that I am not the right audience for the book, since I have come across (and try to use!) all the techniques illustrated, from comments and named constants to problem decomposition and test driven requirements.

However, I am not entirely sure who the right audience might be, given the wide range of subjects covered. Apprentice programmers will not get some of the later material; those more experienced should already know the earlier. Maybe it is for those self-taught (rather than apprenticed) hackers, who have never come across these concepts? If so, this is a fun, and memorable, way to illustrate good practice.

For all my book reviews, see my main website.
at 20:49 No comments:

Wil Wheaton.
Just a Geek.
O'Reilly. 2004
Although I’m a fan of Star Trek, Wesley Crusher was definitely never my favourite character in ST:NG. The bridge of the Enterprise is no place for children (unless they are being suitably creepy). But I believe I’m able to distinguish between the actor and the character, so I hold no grudge against Wil Wheaton, just his script writers. Even so I would not have thought to read his autobiography, as I rarely read books about real people: I mainly read about (science) fictional people, and about science, and about other geeky things.

However, I’ve noticed that Wheaton now does non-acting geeky things (mainly from items on John Scalzi’s Whatever blog). So when my other half got this book, I thought I’d have a look too.

It’s very good. Okay, it’s 10 years out of date (published in 2004), and I’m postitive he’s done a lot else since, but what it does is provide the background to Wheaton’s then-new blog, Wil Wheaton dot Net (launched in 2001). The book blurb says how On his blog, Wil shared—with stunning and fearless honesty—his real life. The book says how, in fact, he didn’t, initially. It’s mainly a description of how he worked through being an actor no-one would hire, to a writer everyone was reading. In the book he is fearlessly honest (I assume), including being honest about how he was still in denial in his early blog posts.

Some of the insights into behind the scenes on ST:NG and at Trek conventions are fascinating. Ironically, the bits that work least well for me are the passages where he being writerly: writing about incidents from his childhood, because these are more autobiography than geeky. However, the parts where he is writing about how he transitioned from trying to be the person he thought he should be (an actor), to the person he actually wanted to be (a writer), and no longer being afraid of being thought a failure, are very thoughtful, and a great read too.

Labels: education, research
Scott Aaronson has some thoughts on Microsoft SVC, including:


it seems essential that our civilization maintain institutions for which the pursuit and dissemination of knowledge are not just accoutrements for when financial times are good and the Board of Directors is sympathetic, but are the institution’s entire reasons for being﻿ 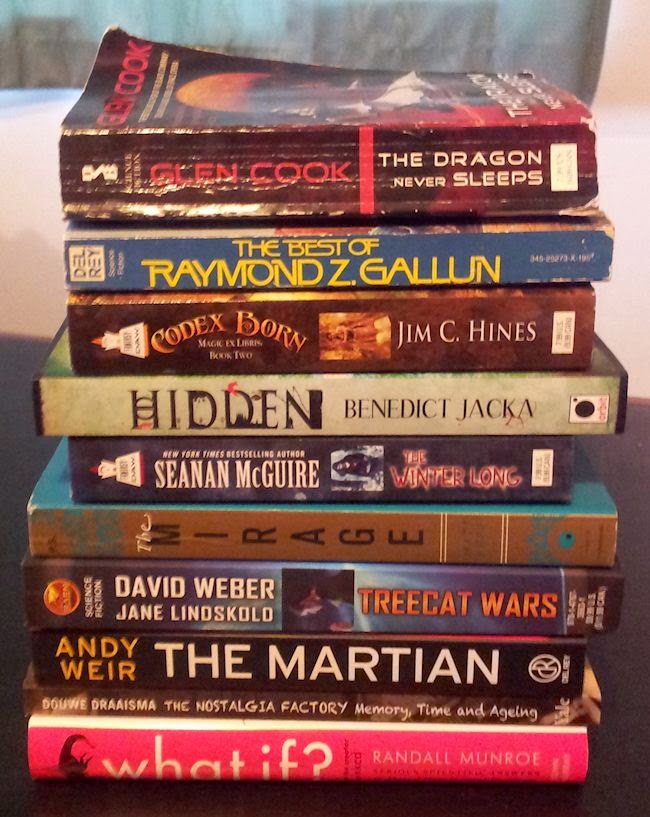 The presence of the Randall Munroe needs no explanation.
at 22:30 2 comments:

1) A blog post from Jo Walton, where she uses Pulp-O-Mizer to produce another fun faux cover for her latest work.

2) Guilt about the book that we are writing about our CoSMoS simulation and modelling approach, which is our latest … very late … work. 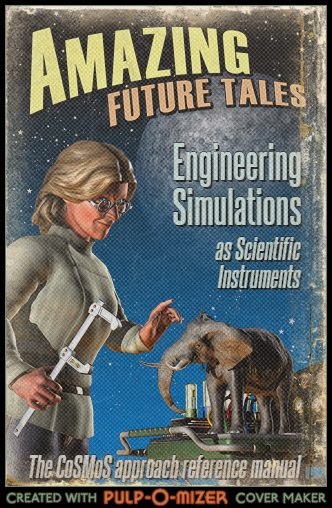 Hmm.  Maybe I should suggest this cover design to the publishers…?
at 12:29 1 comment:

carnage on the roads

Labels: driving, tree
There’s a lovely horse chestnut tree near where I live.  It’s also near a road, so many of its new born young have become flattened roadkill. 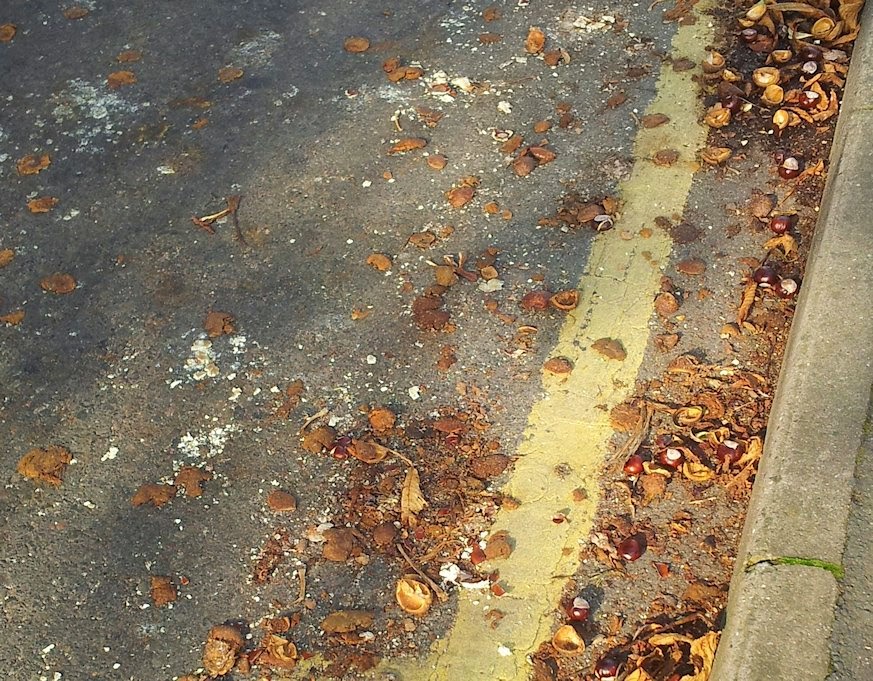 Labels: algorithm, web
I was doing a quick review of my Spam folder, which I do only rarely, as Gmail seems pretty good at removing only crud.

While running my eye down the list, I noticed two very similar emails.

Different sender names, slightly different text, but clearly the same spam.  These arrived at two different email addresses of mine.  I know email hosts can detect spam by seeing the same email sent to lots of different addresses.  Now I can, too.
at 17:49 No comments:

Labels: astronomy, lol, moon, science fiction, space flight
You have to be a certain age to appreciate this…

Dr Ryan Stone [Sandra Bullock] is a mission specialist aboard the shuttle Explorer, performing a repair on a Hubble instrument. The Russians blow up one of their old satellites, which causes a chain reaction of debris. This slams into the astronauts, and Stone is flung into space. She is rescued by mission commander Matt Kowalski [George Clooney], but that is only the beginning of their problems as they struggle to find safety.

This is slam bang high tech action. The special effects are great, with a real feeling of free fall in agoraphobic outer space and claustrophobic space stations. There are clever camera shots, that move from outside to inside Stone’s space suit helmet. And brilliantly, there is no sound in space, which adds to the terror. The cast is microscopic: 2 on-screen actors and 5 other voices in the whole film. This adds to the claustrophobia, and the focus.

What I love about Gravity, in addition to the realistic portrayal of near earth orbit, is the portrayal of Stone, as someone terrified by what’s happening to her, yet using her competence and training to excellent effect to save herself, because no-one else can.

For all my film reviews, see my main website.
at 18:08 No comments:

Oliver Queen [Stephen Amell], billionaire member of the Queen dynasty, has spent the last five years stranded on a tropical island, with everyone thinking he had died when his father’s yacht sank, along with his father Robert, and his girlfriend’s sister Sara. He’s just been found alive, and he has changed. He’s a man with a mission, to clean up Starling City. Using archery.


“My name is Oliver Queen. For five years I was stranded on an island with only one goal – survive. Now I will fulfill my father’s dying wish – to use the list of names he left me and bring down those who are poisoning my city. To do this, I must become someone else. I must become something else.”

The season has an overall arc, as the heinous plot Roger Queen was party to is slowly revealed. This arc is woven into bad-guy-of-the-week episodes, where the anonymised Oliver, known as The Hood or as The Vigilante, picks off the bad guys who have "failed this city", one by one. The timeline slices back and forth, to show Oliver’s transformation on the island, from spoiled playboy to hardened killing machine. This transformation is very well done: initially, I wasn’t even sure it was the same actor. But getting well-muscled, a cropped hair do, and a rigid stance, makes for a whole new Oliver.

This is entertaining, in a dark, violent, morally ambiguous way. Hell, it’s not even ambiguous: Queen has earned the name "Vigilante". For this reason, I actually find the island scenes more interesting, as I don’t feel quite so complicit in cheering on the homicidal psychopath cleansing the city of other homicidal psychopaths.

I find the “civic patriotism”, all the talk of “my city”, rather weird, though. This identification with current domicile is foreign to me: I’ve moved a lot in my life, and am not “rooted” to any one place. I’ve asked others, however, and they do claim to understand the feeling (of “my city”, not of turning into a random psychopath cleaning it up).

I’m looking forward to season 2, if only to find out the rest of the island story – oh, and also what Oliver does next in Starling City, having sort of fulfilled his father’s dying wish about it.

Worth watching.
For all my SF TV reviews, see my main website.

Labels: psychology
So far it only exists as a concept … and as a nightmare in my head …﻿


For all my social networking posts, see my Google+ page
at 22:30 2 comments:

Labels: lol, science fiction
I've just spotted a van like this outside a nearby house. 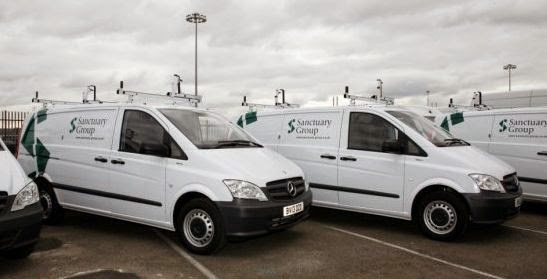 Is this the non-covert UK branch of the organisation?  Otherwise, I would have expected the vans to be black.

And does that mean I have some surprisingly interesting neighbours?
at 11:43 No comments:

Zermelo Navigation in the Quantum Brachistochrone

It’s a straightforward way to build interactive graphics. I’m trying it out on that old stalwart: the Mandelbrot set.

It’s a bit slow in a browser (as it’s interpreted JavaScript, not compiled Java), but still very cool.

Processing is a dreadful name for googling for help…

Labels: cognition, illusion, lol, psychology
I've seen this kind of illusion before, but never quite as extreme as this!

h/t John Walkenbach
For all my social networking posts, see my Google+ page
at 22:30 No comments:

If programming languages were weapons

Labels: computer, humour
If programming languages were weapons = the tech behind shooting yourself in the your foot.﻿


Such an epic project would be unlikely to be attempted now, he says, not least because the funding of academic projects is much shorter-term.


What 101 year project should we be embarking on now?