Day one of the European Conference of Artificial Life, in Lyon, was dedicated to Workshops and the Summer School.

All the workshops running in parallel meant a tricky choice.  In the morning I went to the (half day) Morphogenetic Engineering Workshop. First we had three plant-inspired talks: on simulating complex ecosystems to investigate the evolution of diversity; on guiding the growth of a system by being inspired by plant growth mechanisms; on real-time interactive systems for biological investigations, based on game engines.  After the break there were three more talks, on using the NEAT encoding scheme to evolve cellular automata rulesets; an investigation into criticality in gene regulatory networks modelled using Random Boolean Networks; a multi-level model of autopoiesis to investigate self-organisation.  So the conference was off to a great start!

After lunch I gave a talk on Open-Endedness in Simulations at the ISAL Summer School.  My very brief abstract: Open-ended behaviour in simulated systems is one goal of artificial life, yet the term “open-ended” is rarely defined. Here I discuss a recent definition in terms of models and meta-models, its consequences for discovering multi-scale open-endedness in computer simulations, and some suggested ways forward.  The talk was based on findings/rants from four recent-ish papers: Reflecting on Open-Ended Evolution (ECAL 2011), Bio-Reflective Architectures for Evolutionary Innovation (ALife 2016), Defining and Simulating Open-Ended Novelty: Requirements, Guidelines, and Challenges (2016), and Semantic closure demonstrated by the evolution of a universal constructor architecture in an artificial chemistry (2017).  Later, a colleague said “I heard you talk on this in Cancun, and thought you were mad.  This time, I think I can see what you are getting at.  Maybe next time I will believe you!”  I suspect this might be partly due to me having had 30 minutes for a highly compressed summary last year, and 90 minutes for a more relaxed approach this time.

I then had the opportunity to drop into the final session of the Living Architectures Workshop. The presentation about the HyperCell project was given via skype, and covered a lot of ground, from a design for the flexible, magnetically connecting “cells” that looked wonderful, to large scale applications for “growing” buildings. 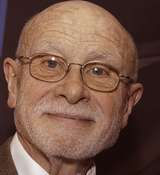 The formal part of the day was completed with a fascinating keynote by André Brack,  Honorary Research Director, CNRS, Center for molecular biophysics, Orleans, France.  The topic was on the origin of life, from Miller & Urey’s now over 60-year-old experiment, to today’s explorations of the solar system, and the possibility of life on exoplanets.  Lots of fascinating chemistry, and delightful anecdotes from a life in science (including, how to get your name on a Science paper by saying “add copper chloride”).

Then it was off to dinner with the other Associate Editors of the Artificial Life journal, for strategy and planning discussions.  I’ve been banging on for years about how important good review articles are to any discipline, so I am now responsible for the reviews part of the journal!